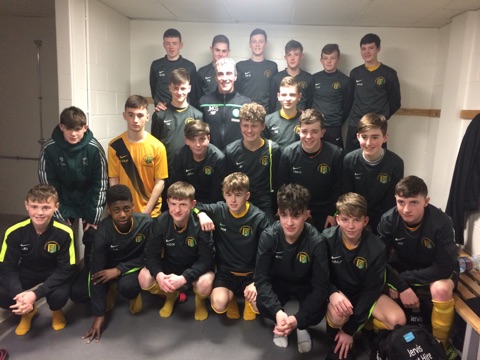 The Donegal Schoolboys Under 15 team with Jim McGuinness

It was a busy week for the Donegal Schoolboys Under 15 team as they played four matches and met Jim McGuinness.

Conor McCullagh’s team were in action last Sunday when they defeated Cavan/Monaghan in the U15 Inter League competition and they then travelled to Scotland the following day.

They played Celtic at their Lennoxtown training centre on Monday and got to meet former Donegal GAA manager and current Celtic Performance Consultant, Jim McGuinness.

The Donegal team defeated Hamilton Academical’s Under 15 team on Tuesday, before losing out to Cliftonville on Wednesday on their way home.