RORY Gallagher is regarded as a perfectionist, and he will be delighted I’m sure with his team’s perfect start to the NFL.

Donegal have recorded two victories from their two games and have racked up an impressive tally of 5-29 in those matches, while they haven’t been conceding many at the other end.

The general consensus after Donegal’s victory over Down in their first outing was that the Mourne County were terrible and anyone could have hammered them.

But then Down went and put up a brave fight against Monaghan last week and were only beaten by two points. Maybe they weren’t so bad after all.

There was a lot of talk about how impressive Cork were against Mayo in their NFL opener, but Donegal proved much too strong for them in Ballyshannon. 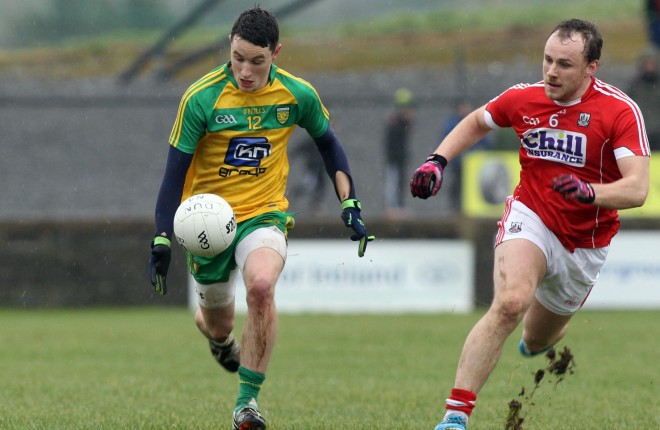 Things are going well and while the team do not have a game for another two weeks, Rory Gallagher will be keen for them to maintain their momentum.

They head away on a training camp to Tenerife this Sunday and this is something that the players will have been looking forward to.

It’s a long time now since Joe Kernan famously took his Armagh team away to La Manga for some warm weather training, and they have become common practice since then.

Donegal will get a lot of physical work done in the time they are away, and they will also work on the technical aspect of the game, and developing strategies and plans.

The work they will get done in four days will probably equate to three or four weeks of training, so it is very beneficial.

There are also a lot of new, young players in the squad, and it can be daunting coming into a panel with established stars, who have played at the highest level of the game.

The couple of days away will give them a chance to get integrated into the squad properly and build up trust with the older players.

Things are starting to come together, but I’m sure Rory will be emphasising to the players and the media that it is only February, and there’s no point in getting carried away at this stage of the year.

However, the team are playing well, and Peter Boyle has made a big impression so far with two good displays, and I’m sure he was delighted to get a run out on his home pitch last week.

Peter was a highly-rated underage goalkeeper and played in nets for the Under 21s for four seasons.

He was just unlucky that Donegal had two of the top goalkeepers in the country in Paul Durcan and Michael Boyle, and they were standing in his way. He’s got his chance now and looks determined to make the most of it.

The team are playing some nice free-flowing football, and I think we have been getting a lot of joy from our half-back line in the early stages of the league.

Ryan McHugh didn’t score last week, but he is flying at the moment, and Anthony Thompson looks back to his best as well.

Paddy McGrath is also in great shape and Paul Kerrigan’s heart must have been broke last week chasing back after the Ardara man.

Patrick McBrearty is on fire at the moment, and he caused Cork great problems on Sunday, and then followed it up by top-scoring for University of Ulster in their Sigerson Cup victory over St Mary’s.

Odhran MacNiallais was man-of-the-match against the Rebels and when he is on song, he is a superb player. He is graceful and cultured, and he has a tremendous left foot. With MacNiallais, McBrearty, and Ciaran Thompson starring at the moment, and Colm McFadden to return, Donegal are certainly not short on ciotogs.

One player who has really caught my eye is Hugh McFadden. He has shown a lot of maturity this year and is becoming a integral component of the team.

Hugh played at high level as a centre-half in soccer, and there are a lot of similarities to that position and the deep-lying role he occupies in the Donegal team.

He’s always talking, and organising, covering space and cutting out balls. It’s not a glamorous job and you’re unlikely to see 0-4 beside his name in a match report, but it is a crucial role. He is still a young man and is progressing well.

Martin O’Reilly played well against Cork, and he is developing a knack of scoring goals. He is an expert finisher and rarely misses one-on-ones.

Eoin McHugh has really kicked on this year, and he must be one of the quickest players in the country. Raw pace frightens the life out of the defenders, and McHugh wants to take them on all the time.

He was dogged with injuries last year, but he looks very sharp this term and he doesn’t look like a man that will be stepping aside any time soon.

Michael Murphy is playing in a withdrawn role and as always he sets the standard for the team. 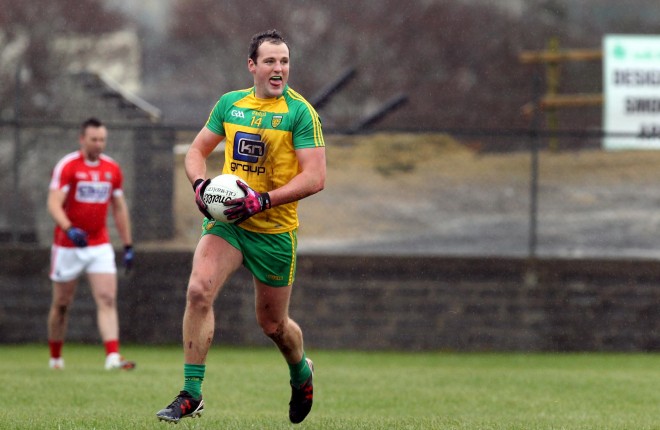 His kicking was a little bit off last week, but his workrate and application was spot on as usual.

Things are building nicely and the team will be looking forward to trying to make it three wins from three games when they face Mayo in a fortnight’s time.

Tyrone have also made a solid start to the league winning their two games and they look well placed to win promotion back to Division 1.

Derry are in fine form and Damien Barton will be happy with how things are going. Tony Scullion is part of the Derry backroom team this year and it is no surprise that they are improving defensively with a man of his expertise on board.

There was a lot of talk about Roscommon’s victory over Kerry last week, but the result that really caught my eye was Fermanagh’s win against Meath.

Pete McGrath is doing a super job with the Erne county and they have turned Brewster Park into a fortress.

Monaghan are going quietly about their business with two wins from two games and it is unlikely that they will be relegated. I’m sure Malachy O’Rourke will have his eyes on the semi-finals, and their target will be to get a big win in Croke Park.

One man who will not be content is Kieran McGeeney, as his Armagh side have made a very slow start to the year.

They were beaten by a average Laois team at home last week, and they just don’t have good enough forwards, especially without Jamie Clarke.

McGeeney is a high-profile manager and he will not be able to hide under the radar if things don’t start to improve.