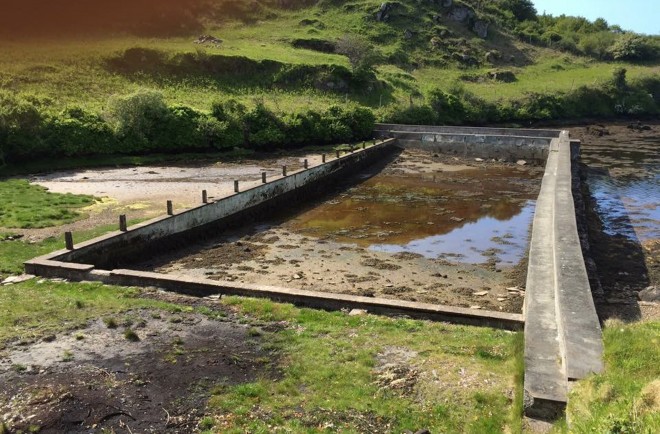 A MAJOR political row has broken out in west Donegal over plans to spend in excess of three quarters of a million euro regenerating an old tidal swimming pool in Rannafast.
Glenties Municipal District (GMA) councillors want to know how the proposed Poll an tSnámha project made it onto a list of county-wide tourism projects without their approval.
Two other projects, developing a sustainable tourism strategy for Errigal and walking trails and greenways, supported by members of GMA have also made it on the County-wide Infrastructure Development Programme 2016-2018 which will be discussed at next Monday’s meeting of Donegal County Council.
However, Fianna Fáil Councillor Seamus Ó Domhnaill said that the pool project was not discussed as part of the district’s strategic infrastructure plan.
“The difficulty we have is that we don’t know how this project got onto the list in the first place. Most of the councillors are not aware of the exact location of this pool and every one of us, to a person, have been pursuing other projects for years which haven’t made the list.
“That question was not answered, in a satisfactory manner, by Council management at last Tuesday’s meeting of the Glenties Municipal District. We got an undertaking from the Director of Service that the project would now be taken off the list.
“There’s projects in relation to Horn Head, Arthur’s Beach, Island Hopping and Assaranca waterfall in Ardara – to name just four – which didn’t make the list. I appreciate that everything can’t make the list but this project wasn’t even discussed,” Cllr Ó O’Domhnaill said.
Sinn Fein Cllr Marie Therese Gallagher said the project had not been mentioned when members of GMA spent half a day last May prioritising projects for funding.
“We haven’t seen it. It might well be an excellent project but it’s three quarters of a million euro and we don’t know what it is,” Cllr Gallagher said.
Cllr Michael Cholm Mac Giolla Easbuig is part of a local committee, Coiste Poll a tSnámh in Rann na Feirsde, who are leading the project. He has claimed that some of his colleagues were playing politics with the issue.
“Under its Strategic Development Fund, Donegal County Council has agreed to invest €120,000 in each of the six electoral areas into projects such as the swimming pool plan. Land owners in the area are fully behind the plan and it’s received full support from different bodies and community groups.
“I didn’t ask the Council to put this project on the list but now that it’s there I’m disappointed by the reaction of some of the other councillors. It’s very unfortunate that, coming up to a general election, Sinn Fein and Fianna Fáil want to play politics and undermine this project and discredit me as a councillor.
“They have to realise that this money will go somewhere else if it doesn’t stay in the Glenties area and I make no apologies for doing everything in my power to bring investment, create employment and attract visitors into the area. This is political spin and, at the end of the day, the main losers will be the community. Rannafast, as a village, doesn’t have a shop, pub, post office or petrol pumps. I would ask the councillors who are trying to undermine this project to come and see the pool themselves,” Cllr Mac Giolla Easbuig said.
A local Irish college built the pool in 1934 for students but in more recent times it fell into disrepair.
Cllr Mac Giolla Easbuig said plans include changing areas, toilets and showers, a play area and a slipway.
A spokesperson for the Council confirmed that it has received an application from Coiste Poll a tSnámh in Rann na Feirsde, under the Strategic Development Fund 2015, to support the group in carrying out technical studies into the feasibility of regenerating an old tidal swim facility into a modern facility suitable for local and visitor use.
“The application was approved and Council is currently in the process of processing the grant claim documentation from the community group,” the spokesperson said. 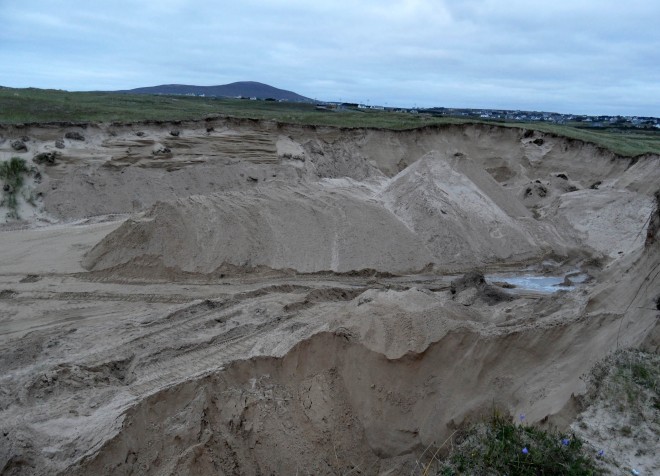 Donegal County Council is actively investigating this matter as an unauthorised development and the matter will be pursued accordingly.