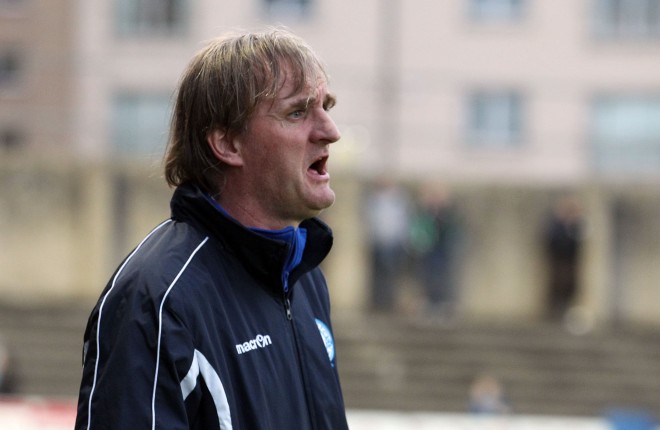 Former Bray Wanderers and Shelbourne winger Adam Hanlon is believed to be among the players who could make his way to Finn Harps ahead of the new season after he turned in a decent display for Ollie Horgan’s men on Wednesday night against the Inishowen League in Maginn Park.

Hanlon was among a number of new faces who lined out for a Harps team that had Gavin Dykes on the bench alongside Ollie Horgan at the start of the game.

The Harps manager had indicated that he will continue to look at a number of players over the coming weeks as he attempts to strengthen his squad and he ran the rule over six new faces in the 2-1 defeat against Inishowen at Maginn.

He trained with some of the Harps squad behind the goal during the match but didn’t make an appearance during the game, but French striker Yoann Fellrath who starred in the Canadian Collegiate leagues started in attack for Harps.

Of those who played on Wednesday night Hanlon and Brush would certainly bring added Premier League experience to the Harps squad who lost to Diarmuid O’Brien’s Inishowen League outfit when Ryan Doherty smashed home a super goal in injury time.

Hanlon made over 60 appearances for Bray Wanderers and while his season last year was interrupted with injuries he still made 19 appearances and scored in wins against Derry City and Limerick last season as Bray finished 10th in the Premier Division table.

With no experienced back up or competition for goalkeeper Ciaran Gallagher, it will also be interesting to see if Harps can land Richard Brush in the coming weeks.

Brush won the FAI Cup and EA with Sligo Rovers before departing for Shamrock Rovers in 2010 and played in the Europa Cup for Michael O’Neill’s side against Spurs at White Hart Lane.

He later returning to become part of the Sligo Rovers 2012 League winning squad where he was back up to Gary Rodgers but he left again for Shamrock Rovers where he made 14 league appearances before returning to Sligo where he played 27 times in the league and kept 7 clean sheets in the 2015 season.

Defender Ethan Boyle who was capped for the Irish Schools side by Ollie Horgan, made 20 league appearances for Waterford Utd last season while tricky winger Liam Flately who played for Sligo in the Setanta Cup in 2014 is another Irish youth international who had an impressive first half for Harps against Inishowen on Wednesday night.