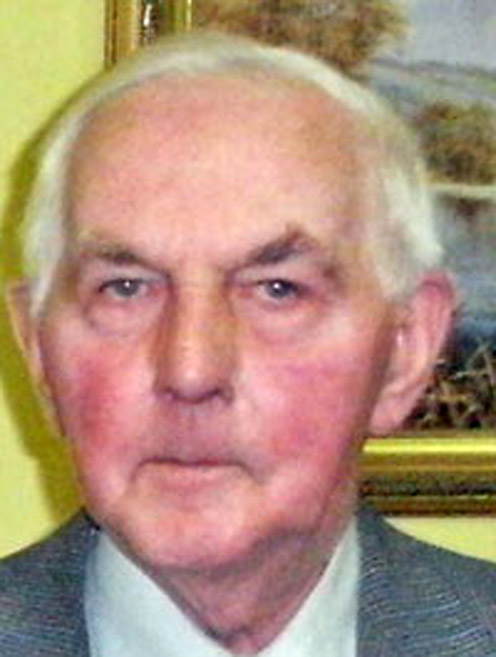 THE sudden death of former Donegal County Council Chairman, James McBrearty, on Tuesday morning has been described as a huge shock and loss to the people of Kilcar and the county.
Mr McBrearty (86), from Bogagh, Carrick, passed away suddenly at his home. He was first co-opted to Donegal County Council in place of Brendan Murrin who took up the position of County Registrar in 1978. He lost his seat in 1980 before winning the seat again in 1985, a position he held until his retirement in 1999, and he had the highest honour of being elected Chairman of the council in 1990-91.
A principal school teacher in Kilcar National School and Derrylahan National School, he was very well-known throughout Donegal.
As a councillor, he was a major figure for Fianna Fáil, notably in the south Donegal area, for many years and held many positions. He is survived by his wife Evelyn, his brother Fr John Joe McBrearty, SC, Louisiana, his sister Mrs Philomena Taylor (England), other relatives and wide circle of family friends.
Mr McBrearty was a long-standing member of the Kilcar Parish Council and local St Vincent De Paul Society. He was a former chairman of Kilcar GAA Club and was also chairman of the Killybegs Community Hospital Group and Chairman of SITT Community Transport.
Leading tributes to his great friend, confidant and neighbour, Mr Brendan Byrne, Chairman of the Fianna Fail Comhairle Dáil Ceantair in Donegal described the late Mr McBrearty as a “stalwart and great representative” for the people of south Donegal.
“James was the man who first introduced me to party politics. He guided me in every way he could and, personally, he will be greatly missed. People of James’ generation are getting scarce – people for whom politics was not only his lifetime but his vocation. A fervent Irish speaker he was a pure gentleman,” Mr Byrne said.
Former MEP and TD Mr Pat The Cope Gallagher said the death of James McBrearty was a “sad day” for the people of the county.
“ He was a father figure for a lot of us. He was secretary of the Fianna Fáil Dáil Ceantair for a number of years and when James spoke in the Council chamber everyone listened. At all times his views were taken on board across the political divide. He was a very sincere man and he will be sadly missed.”
The remains are reposing at his residence, with removal this morning, Friday, to St Cartha’s Church, Kilcar, 11am Requiem Mass with burial afterwards in Kilcar cemetery.