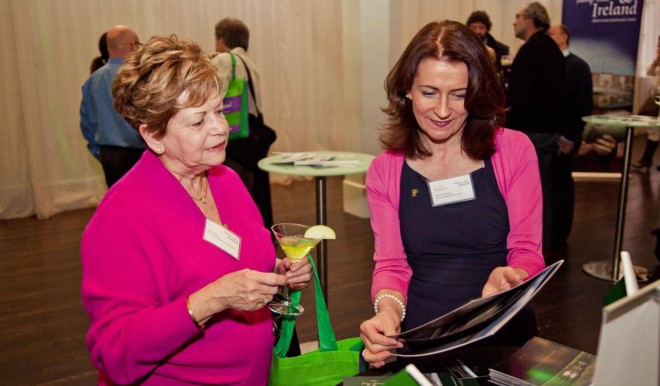 DEIRDRE Mc Glone, a native of Ballintra, just outside Donegal Town has been named Donegal Person of the Year for 2015. The announcement was held in The Black Door Piano Bar on Harcourt Street in Dublin this evening much to the delight of the large crowd in attendance.
Deirdre is the second youngest of the late Joe and Sally Mc Glone’s six children. She went to the University of Limerick to study European Studies and later started working as a receptionist in Harvey’s Point. The award winning hotel located on Lough Eske just outside Donegal Town was originally owned by Swiss brothers Jody and Marc Gysling. Deirdre married Marc Gysling in 1996 and the couple bought the hotel and have successfully run it for the past 19 years. They have 3 children, Carl, James and Cristina.
Deirdre has been part of the Harvey’s Point journey from the beginning. The hotel has grown from strength to strength over the past 26 years and what started off as 20 bedrooms and a small restaurant has become a well renowned four star establishment and has seen phenomenal growth over the years.
Today, the hotel boasts 64 suites, employs 130 staff and has recently launched ‘The Lodge @ Harvey’s Point’, located on the grounds of the hotel for special interest groups. Deirdre and her team use local suppliers from the Donegal town region and beyond to source the produce for the hotel. The hotel has been awarded the TripAdvisor Travellers’ Choice award for Number One Hotel in Ireland in 2013, 2014 & 2015 and ranks the 6th Best Hotel in Europe and the 18th Best Hotel in The World in the TripAdvisor Travellers’ Choice awards 2015.
Deirdre firmly believes in promoting Donegal as a tourist destination and with the high quality of service which the team in Harvey’s Point provides to all guests they are constantly promoting and strengthening the tourist industry in Donegal on a national and international level. She regularly travels to the US & Canada and multiple locations in Europe including the UK, Germany & Switzerland. In recent time her key focus has been to promote the Donegal section of the Wild Atlantic Way and has also led in the design and print of ‘The Green Guide to Donegal and the Northwest’. She is a superb ambassador for our home county during her travels to ensure Donegal is recognised as a serious tourist destination at all times.
Deidre is a volunteer with ACORNS (Accelerating the Creation of Rural Nascent Start-ups, this programme is funded under the CEDRA 2015 Rural Innovation and Development Fund through the Department of Agriculture, Food and Marine (DAFM). Through this organisation, she helps early stage female entrepreneurs, living in rural Ireland with the knowledge, support and networking opportunities to meet and even exceed their current aspirations.
Despite her busy schedule, Deirdre still finds some time to dedicate to various charity organisations to help those who need it most. She is involved in the Annual Hospitality Charity Climb where a group of hoteliers get together to raise money for different charities such as Canteen Ireland, Hospitality Trust, Irish Cancer Society, Laura Lynn Foundation and Debra Ireland. In the past 10 years, almost 100k has been raised. She also supports the RNLI through various fundraising activities. Both the Donegal and the North West Hospices benefit from proceeds being donated from the Annual Burns Supper held in Harvey’s Point. In 2012 & 2013, Harvey’s Point was official sponsor of The Donegal Bluestack Challenge, raising funds for the Bluestack Foundation to assist people with special needs. In 2015, the chosen charities were Irish Motor Neurone Disease Ireland and Cancer Care West. For 2016, the chosen charities are Pieta House and the North West Simon Community.
Last year’s winner of the Donegal Person of the Year, Moya Doherty attended the Official Announcement and reflected on her time as the recipient of this prestigious award. She said it was a great honour for her and her family to receive such an award and how it brought huge pride to them. Moya thanked the Donegal Association for their support over the year.
Annual Gala Ball
Deirdre McGlone will be inaugurated as The Donegal Person of the Year 2015 at the Annual Gala Ball on Saturday 5th March in the Regency Hotel, Drumcondra, Dublin 9. This promises to be a very special night with the excitement already starting to build after the announcement on Tuesday night! Tickets are limited so please contact 087 2439317 to reserve your tickets or they are also available online at www.donegalassociation.ie. 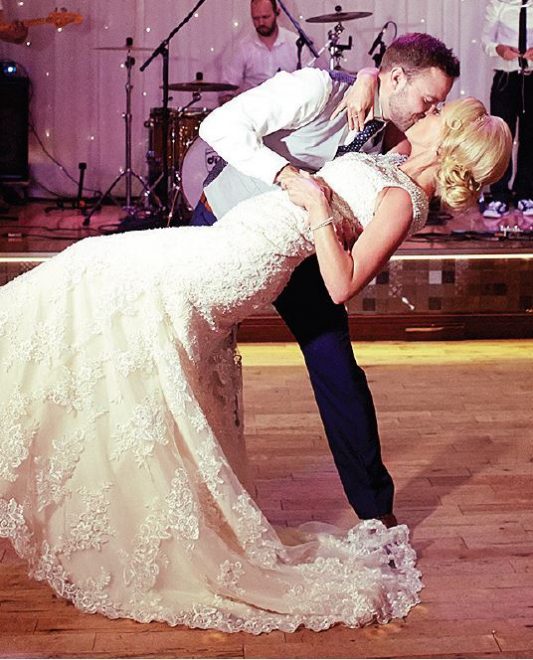 Harvey’s Point invites you to an exclusive showcase of our delightful hotel, sitting on the shores of Lough Eske,... 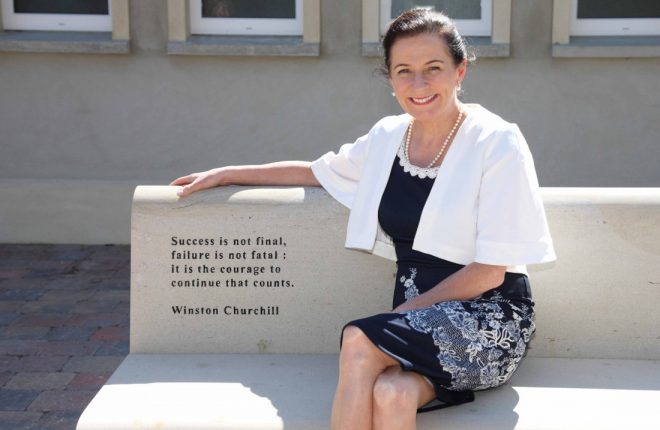 Deirdre McGlone and her team at Harvey’s Point have now opened their doors to the corporate world. Having overseen...