The Dr McKenna Cup gets back underway again this weekend and it is a very different tournament now than when I played in it.

Back then, it didn’t have a place in the calendar and was moved around every so often. It now has a spot at the start of the season and I think that suits everyone.

It gives managers a chance to introduce new players and enables them to get a taste of senior action. Managers might also be able to experiment with different tactics without the added pressure of needing league points or a championship victory.

I won a few McKenna Cups back in the Eighties and Nineties, and while you’re always glad to pick up a medal, it was always considered a third-rate competition, and much less important than the league and championship.

That hasn’t changed over the years, and I’d imagine Rory Gallagher and his team won’t be losing any sleep if they don’t claim the trophy this year.

However, I would imagine that they would like to at least get to the semi-finals this season, because he has so many young players involved and it might help them to develop a competitive edge before the league starts.

I know from working with the young lads who have been called in, that they are all really looking forward to getting started and they will have brought a freshness to training over the last couple of weeks.

Rory has given six of his older players – Neil Gallagher, David Walsh, Colm McFadden, Eamon McGee, Christy Toye, and Karl Lacey – a little bit of leeway and there’s no point in rushing them back too early. He needs those players to be fresh come the business end of the season. 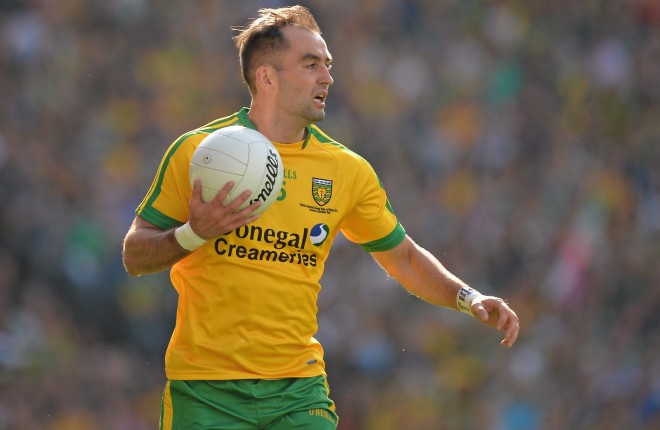 Some of the lads involved in Colleges football will also not play for Donegal, with Patrick McBrearty and Ryan McHugh set to line out for Jordanstown, while Caolan McGonagle will represent DCU in the O’Byrne Cup.

That’s the one downside to the McKenna Cup for me. Our young players have got so much going on and I just don’t know if it is necessary for them to play for their colleges at this stage when they are just using it as a warm-up for the Sigerson Cup. However, some of them are on scholarships and are obliged to play.

Down are the visitors to MacCumhaill Park this week and they are not the fearsome opponents they once were. Football in the county is on the decline and it is a long time since they produced a good underage team.

Jim McCorry guided the Mourne County to Division 1 last year, and while they faltered badly in the championship, you would have thought he would have kept his job.

However he was ousted and perhaps unsurprisingly, there wasn’t a pile of candidates lining up to replace him.

Eamonn Burns was eventually unveiled and he had an accomplished playing career, winning All-Ireland medals in 1991 and 1994.

Like Rory, he will be keen to try out a few new players and he will be hoping to unearth someone who can possibly spark Down back into life.

Recording a victory probably won’t be at the top of the agenda for either team on Sunday, but they will be looking for decent displays and with the sides due to meet in the first round of the league at the end of the month, some players might also be looking to lay down a marker.

Well done to St Eunan’s on qualifying for the final of the prestigious St Paul’s Ulster Minor Football Tournament.

They beat a fancied Slaughtneil team in the quarter-final and last week, they hammered Enniskillen Gaels in the semi-final.

Unfortunately, Rory Carr picked up an injury and could be out for two months. It’s a real blow to him, especially as he was playing some excellent football.

He had just been called into the Donegal senior panel, while he will also now miss the brunt of our preparation work for the Under 21 Championship.

His absence will hit ‘Eunan’s hard and they will miss his physical presence, especially against Crossmaglen, who always seem to have a couple of big men in the middle.

Cross are the most revered club in Ulster and they just seem to have this conveyor belt of talent coming through all the time.

It’s great to have a Donegal team in the final, and there is no reason why we shouldn’t have. We have been to the fore at inter county level and the standard of under 18 football in the county is good.

In fact, I think Gaoth Dobhair could have won the St Paul’s tournament last year if the Donegal championship had not gone on so long and they weren’t prevented from entering.

I mentioned in last week’s column that in 2016, I want to see clubs from the county do better in the provincial competitions at all grades and win silverware. It would be a great start and a shining example to others if St Eunan’s collected provincial honours on the first day of the New Year.

I would like to wish all my readers a Happy and Prosperous New Year.