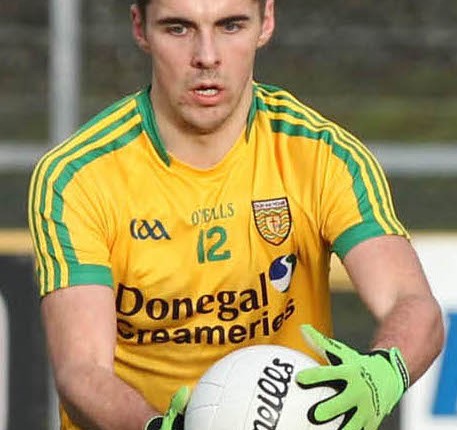 The first final of the year for a Donegal team takes place on Saturday when the Under 21 side takes on Mayo in the North-West Cup decider.

This competition was revamped this year and I have to say I think it has been a very worthwhile exercise for my team.

We won our first game against Sligo, before losing to Fermanagh by a point. We edged out Mayo last week, but had to wait until Wednesday night before we knew if we were in the final.

Fermanagh racked up a decent score against Sligo, but it was not enough to overtake us.

You have to give credit to their manager Pete McGrath for the job he is doing there.

He won two All-Irelands with Down back in the nineties and could easily dine off that for the rest of his days.

However, he has stayed in management and has done a very good job with the Fermanagh senior team.

McGrath has also made their under 21 team into a well-organised unit, and although we contributed to our own downfall against them by giving away two soft goals, it was a sign of what they are capable of.

We are glad to make it through to the final and it is another good chance to test ourselves against a highly-rated Mayo team.

There are only six weeks until our Championship opener, and good competitive outings are better than challenge games.

We have a large panel at the moment and we need every player, because we have not been able to call upon our senior lads in the first two games.

It’s hard to develop a style of play when so many key players are not involved and that is the problem we are encountering at the moment.

Last week, we had most of the senior boys available, but it was their first time to play collectively this season and it took them twenty minutes to settle into the game.

When we took on the job, we knew there would be difficulties. Logistically it is challenging with boys in Dublin, Belfast, Galway, Dundalk and so on. However, I don’t think we ever expected it to be as difficult as it has been.

It is very hard to get access to the full panel, with 12 or 13 of our team involved in the senior set-up.

We are only six weeks away from the start of the Ulster Championship, and if we are to be in the reckoning, we need to be moulding together a team and knitting out a game plan to implement.

We’re looking for a good display on Saturday, and while it is not the be-all and end-all it would be nice to pick up a trophy, and set the tone for the remainder of the campaign.

The Donegal senior team will spend the weekend gearing up for their NFL opener with Down on January 30.

I think it is very important that we retain our Division 1 status, and Rory Gallagher and his backroom team will have identified the game with Down as a must-win.

We will look at the league in greater detail and investigate where Donegal are likely to pick up the points they need.

The McKenna Cup Final takes place on Saturday night and Tyrone are bidding to collect their fifth title in-a-row.

Mickey Harte loves to win and he takes the tournament more seriously than other managers, but he wants to see his team come out on top in every game they play.

They have been in good form in the early weeks of January, and they always seem to uncover one or two talented players.

One thing Harte won’t do is put too much pressure on the under 21 players in his panel.

He will give them adequate time to compete in the Under 21 Championship and then integrate them back in for the latter stages of the league or for the start of the Ulster SFC.

Tyrone are in a very competitive Division 2 this season, and they will want to go into that on the back of a good win.

They have already beaten Derry in the O’Fiach Cup and the McKenna Cup this season, and the sides are guaranteed to meet on at least three other occasions this year.

They will clash in Saturday’s final, before meeting in the league and in the first round of the Ulster SFC. There won’t be too many secrets between them by that stage.

Damien Barton is at the helm in Derry, and he has operated with a large panel and given plenty of newcomers opportunities to shine.

Derry always have good players – it’s getting them to believe in the common goal that’s the problem.

I think Tyrone will win the game, but it should be a good competitive game and Barton will want to see his men put it up to the Red Hands.

Interestingly, Brian McIver is Derry’s new Director of Football and he has persuaded a number of their former greats including Damian Cassidy, Enda Gormley, and Fergal Doherty to help out with Development squads.

This is an idea I have been championing in Donegal, but it has not seen the light of day.

Just because you’re a good player, doesn’t mean you’ll be a good manager, but it will create a buzz around the team and the county.

It’s a forward-thinking move, and one that I think could reap dividends. Donegal should follow suit.

There are a couple of results you always look out for on a busy day of GAA, and I was surprised to see that both Dublin and Mayo were beaten last week.

Dublin had seven of the team that started the 2015 All-Ireland Final in action against Longford, but they still lost by six points.

It was a far cry from the annihilation Longford suffered at the hands of the Dubs in last year’s Championship.

It is often said that the Dublin ‘B’ team would win Leinster, but every dog has its day and it proves that they are not invincible, particularly outside Croke Park.

Dublin will play their Leinster Championship opener in Nowlan Park in 2016, and I’m sure the winners of Laois and Wicklow will fancy causing an upset at the Kilkenny ground.

Jim Gavin won’t be overly worried and it’s a good chance for him to crack the whip between now and the start of the league.

Mayo were also beaten with Roscommon advancing to the FBD League final at their expense.

Stephen Rochford has a difficult job as manager of Mayo. The players have made a stand and only delivering Sam Maguire will suffice.

If they have their eyes on September, than they are vulnerable in the early months of the year.

It was a good win for the new Roscommon manager Kevin McStay against his home county, but I’m sure he won’t be getting carried away, and he will know that Mayo will be an entirely different proposition come the summer months.