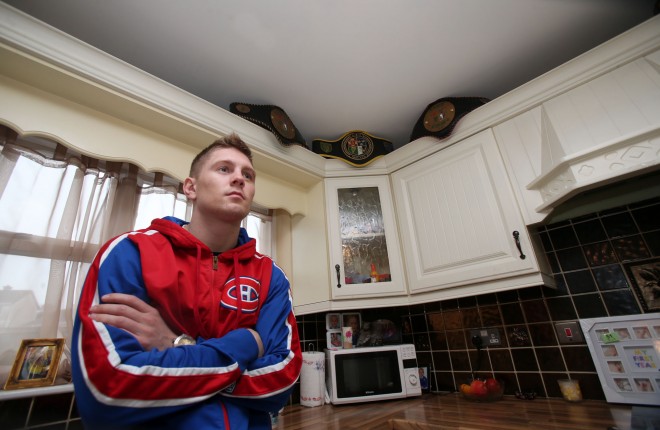 JASON Quigley is ready for business again after enjoying a relaxing break at home in Donegal.

Quigley had a busy 2015 as he fought six times to bring his unbeaten record to nine wins.

It wasn’t all plain sailing in his final fight of the year against Marchristopher Adkins, but his hand was still held aloft at the end of the fight, and that meant the Golden Boy Promotions boxer was able to enjoy the festive break at home and toast a solid 12 months in the professional ranks.

“It’s been a rollercoaster year to be honest,” said Quigley, when quizzed on how 2015 was for him.

“There’s been a lot going on outside the ring, and there have been a lot of changes, but overall, I think it’s been a great year for me.

“I went back out to LA at the start of last year and I only had three fights to my name, and I knew that 2015 was going to be a big year.

“I knew I needed to get my focus back again and get into the hard training. I stuck my head down and worked hard and the fights came quick and fast then.

“My first couple of fights went very well and I was knocking boys out in the first round, or the second round, and Golden Boy just kept firing fights at me.

“That’s the way I wanted it. I have a great life out in LA and the weather is brilliant and everything like that, so you don’t want to be getting too long to yourself in between fights, or you’d soon get spoilt.”