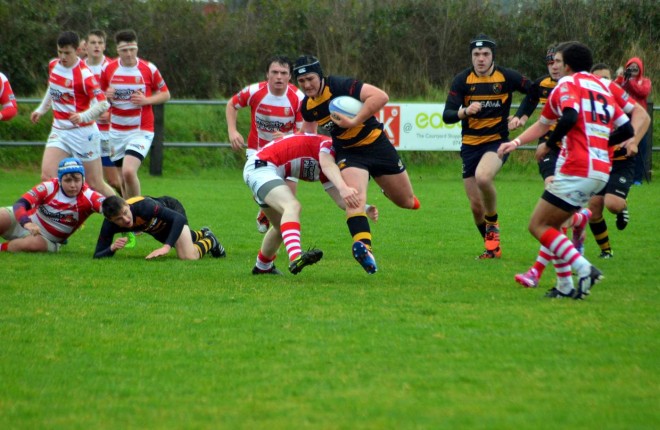 Joseph Dunleavy on the charge against Randalstown

Letterkenny under 18’s finish out the year with another emphatic away victory in Ballinahinch on Saturday last.
The 41 to 0 score line is a good reflection of the game played in poor conditions on a very wet and heavy training pitch rather than the adjacent first pitch which was in immaculate condition.
The home team were set on keeping the ball tight and taking on the Letterkenny pack around the fringes but to no avail as good line defence, lead by Chris Green, Diarmiud Gallagher and Daragh Toal held tight throughout the seventy minutes. A much improved line out, thanks to the accuracy of hooker Stephen Holmes and the introduction of Will Douglas jumping at four, gave Letterkeny a good supply of attacking ball.
The opening score came off such a line out that was taken on by man of the match Joseph Dunleavy and moved quickly to out half Peter Scott who dummied his way over to touch down under the posts. The second try was well worked, despite the conditions, by centres Daniel and Matthew Faulkner combining to open the home defence and put Adam Boal Quinn away down the left hand touch line for a well taken score.
Try number three was a repeat performance of good hands in mid filed that allowed full back Kevin Grant to show his pace and power down the opposite wing to score in the corner. The final try of the half came after good work by Martin Molloy who found Matthew Faulkner in support. The outside centre used his pace to get within 5 meters of the line and quick recycled ball allowed scrum half Ben Khavia to nip over for try number four.
The second half saw Letterkenny playing into a very strong wind but they coped well by keeping the ball in hand. The back row of Dunleavy, Molloy and Taol were outstanding throughout the second period. Will Douglas also found his feet at this level and make a number of good carries. Good work by the aforementioned back row allowed Stephen Holmes to break for the try line but he was held up short. Once again good hands allowed the ball to be moved at speed to Grant who took a good line to score his second try of the day.
The final try went to the hard working Dunleavy who fly kicked a loose ball from a line out and showed great determination to win the race to the touchdown.
This was a well deserved victory for a hard working and honest team who have developed the winning habit that sees them maintaining their unbeaten run this season and reinforces their position at the top of the under 18 Ulster premier division. Armagh are due to visit Dave Gallaher Park on Saturday 2nd January for a crucial top of the table clash in what promises to be an entertaining game between two quality teams that like to play fast open rugby on good pitches.
Letterkenny team: David Ward, Stephen Holmes, Chris Green, Diarmiud Gallagher, Will Douglas, Martin Molloy, Daragh Taol, Joseph Dunleavy, Ben Khavia, Peter Scott, Adam Boal Quinn, Daniel Faulkner (captain), Matthew Faulkner, Eunan Henry, Kevin Grant, Oisin Toal, Jack McGarvey, Stephen Holmes, John Fogarty and Josh Smeaton. 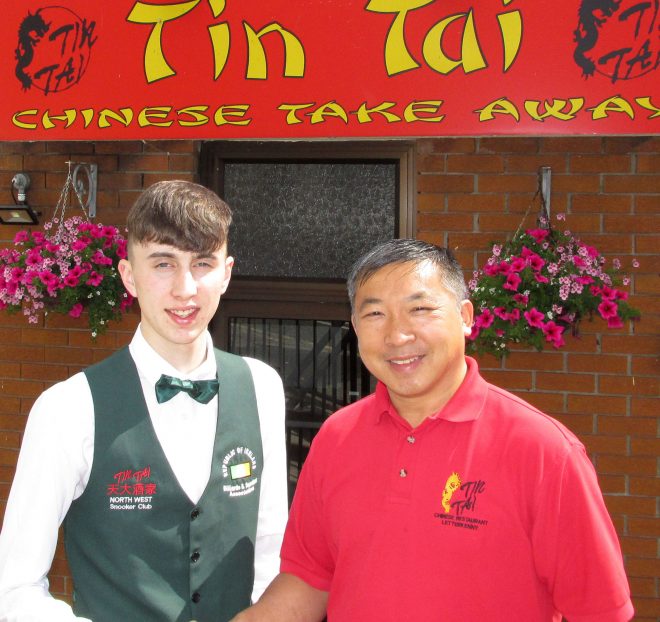 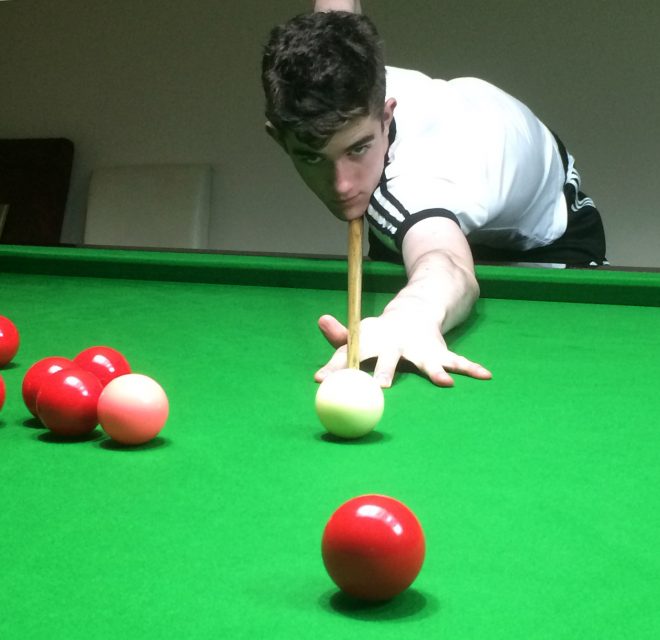 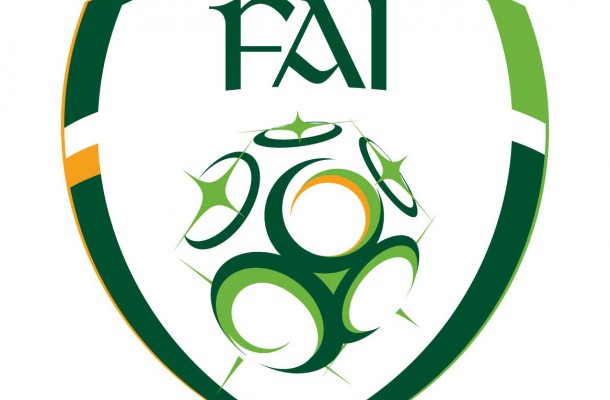 Donegal Town player in Irish U18 squad for Slovakia Cup

Republic of Ireland Under 18 Head Coach Jim Crawford has named Jack Keaney in his squad for the forthcoming...