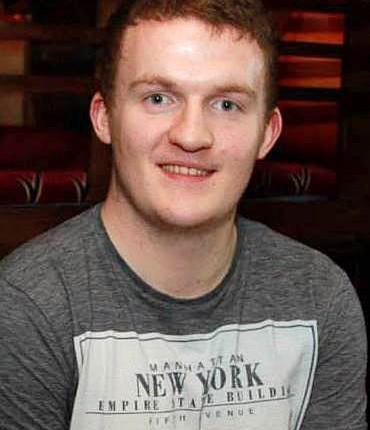 If you were throwing a party and you could invite anyone in the world, dead or alive, who would you ask around? Mickey Flanagan, Gigi Hadid, Michael Jordan and Jennifer Lawrence.

Where do you like to go out to celebrate after a big victory? McGinley’s and Voodoo. Cant beat four Jägerbombs for a tenner.

What’s the worst court you’ve ever played on? Donegal Town without a doubt.

Which character in any film are you most like? Channing Tatum in Magic Mike.

Any odd items in your kit bag? A lot of deep heat.

What’s your preferred brand of gear? Under armour.

Who’s the biggest joker in the team you play for? Pete Rose. Very small bundle of joy.

Which teammate has the best looking other half? None of them.

Who is the worst trainer? Edge, the man won’t play defence.

Who spends most time in front of the mirror in the dressing room? The two young lads, Michael Ledley and David Whoriskey.

Who’s the best/worst person to sit beside on the team bus? John Cronin is the best because we have a lot in common and the worst is Michael Ledley because he never stops talking about how great he played.

Who has the best and who has the worst diet on the team, and what does it include? All pretty bad because we love a drink and a chicken ball special at the end of the night out.

Best or worst quote you’ve heard, either from a manager, player, opponent? “Hurry up lads, I need to get home to watch Strictly Come Dancing” – some lad from Monaghan.

Best ever performance? Semi-final performance in the All-Ireland Cup Competition in 2010

One to forget? Losing to Belfast Star by 60 points when I was 17.

When you were playing as a youngster, who did you pretend to be? In basketball, I pretended to be LeBron James and as a fan of football, I was always Xabi Alonso.

If you were in charge of transfers, who’d be in and who’d be out of the team? All of our post players would be on the way out and I would get in Anthony Davis and Andre Drummond.