While we get set to enjoy the festive season, spare a thought for intercounty players throughout Ireland, who are putting in the hard yards in the muck and the rain, in the hope of giving us days to cherish come the summer time.

Almost all the teams in the country are back in collective training now, and they will be going through pre-season hell at the moment.

December and January are viewed as a good opportunity to get some hard training done before the real competitive action gets underway.

Some players will have identified this period as a real chance to make an early impression and get in the manager’s thinking right from the start of the campaign.

Eamonn Doherty and Hugh McFadden played regularly during the McKenna Cup and the league last year and they gained enough experience to be trusted to play in the championship.

Some of the younger players in the panel will be thinking that there is no reason why they can’t take a similar route in 2016.

The championship may be more than six months away, but our players will be spending their early mornings in the gym, bulking up to get ready for the physical demands of the modern game.

They might be allowed the odd night out before the close of the month, and they’ll probably get the chance to enjoy some turkey on Christmas Day, but there will be no over-indulgence.

Every team has dieticians these days and if you let yourself go, you will be found out.

I thought it was a disgrace last week when Munster rugby fans jeered and booed one of their own players, Ian Keatley, after a below-par performance against Leicester Tigers.

Keatley is a professional player and he is paid to perform for the province, but every player goes through a difficult period in his career and the last thing he needs is his own people sticking the knife in.

It made me think of GAA players, and the criticism they receive from the terraces.

No player goes out on the field to give anything less than their best.

And when you’re about to roar at someone for a misplaced pass in May or June, remember that when you were sitting with the feet up at Christmas; they were slogging it out in the muck and the rain, and making huge sacrifices for their county. 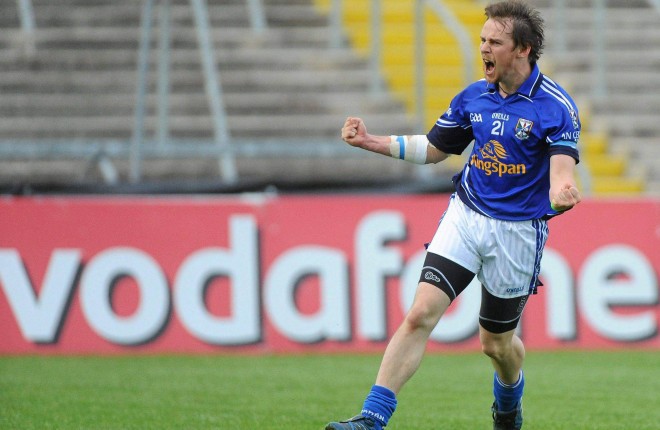 The news broke on Wednesday that the prodigal son has returned to Cavan. Seanie Johnston famously transferred to Kildare a few years ago instead of lining out with the Breffni county.

Maybe he thought the grass was greener on the other side when Kieran McGeeney was managing Kildare. They were playing in big games and while they didn’t land any silverware they were competing at the highest level.

Perhaps if Johnston was an unknown player, he would have been able to keep his head down and earn a spot in the starting line-up.

But he was one of the most highly-rated forwards in Ulster, and the camera lenses were always focused on him when he put on the white of his adopted county.

The move never worked out for him, and he fell off the radar, which was sad, because he was a fine player, and he probably lost the best years of his career over it.

The game has developed a lot since he last played for Cavan, and he won’t be afforded the space he once was.

However, Cavan have struggled to find attackers to put the ball over the bar, and maybe he is the man to fill that void.

I tuned into the Tir Chonaill Gaels – Clonmel Commercials All-Ireland Club quarter-final last Saturday and it was a decent game.

It was good to see four Donegal men involved in the London side’s panel, and it is great that they still get quality football when they leave the country.

The hurling All-Stars are out in Texas this week, and by all accounts, there is a thriving GAA community out there too.

You could say the same about Australia, or Dubai, or countless other places around the globe.

The GAA really serves our emigrants brilliantly. They may be far away from Ireland, but our National sport gives them that connection back to home.

Tir Chonaill Gaels put up a good fight, but Clonmel are a serious outfit and they did what they had to.

They will now face Ballyboden St Enda’s in the All-Ireland Club semi-final and they will give the Dublin men their fill of it.

Kudos to Charlie McGeever for the job he has done with Clonmel. He had a very busy job after managing the Tipp minors this year.

They may have fallen at the last hurdle in the All-Ireland Minor final, but his club team got over the line in Munster, which was a huge achievement.

I’m sure he’ll get the chance to put the feet up for a while over the festive season, before plotting the downfall of Paul Durcan and Ballyboden.

The Donegal Under 21 team have been invited to play in a North-West competition along with Mayo, Sligo, and Fermanagh; and it gives us a good chance to get our season off to a solid start.

The Under 21 season is a short campaign and we are only allowed to start training in January.

Most of the lads have been doing bits and pieces in the gym, and they will be working hard on the pitch in the New Year to gear up for our opening Championship game against either Derry or Antrim on March 16.

That gives us 10 weeks of collective training, and the boys will be looking to make a good impression from the off.

We are away to Sligo in the first game on the first Saturday of the January, before hosting Fermanagh the week after in Ballyshannon, and Mayo in Ballybofey on January 16.

The top two teams from the group will play in a final for the Mary McPartland Perpetual Cup on January 23.

It’s a good opportunity to get competitive action and we will hope to make the most of it.