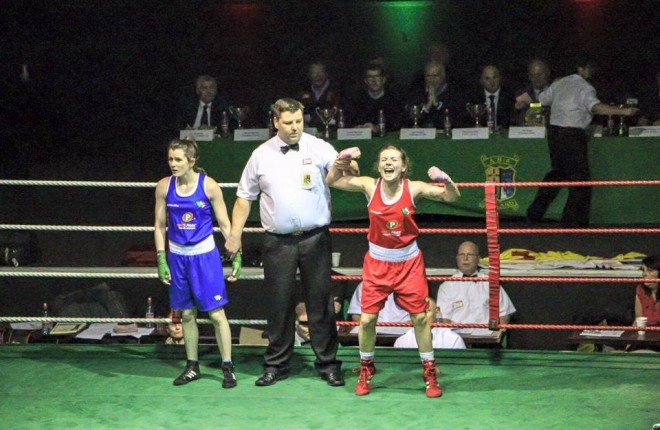 The agony and the ecstasy..

On Friday night Twin Towns boxer Donna Barr come out the losing side of a harsh decision at the finals of the national elite female boxing championships at the national stadium Dublin. Donna who won her semi final against Alexandra Komaga of Carrickmacross, Co. Monaghan by a unanimous decision last week was drawn to meet reigning champion Lauren Hogan of Edenderry B.C., Co. Westmeath
In the first round both weighed one another up with Donna putting on more pressure and landing the cleaner punch. This remained the same trough out the second. In the third Hogan came out stronger but Donna stayed composed upped the pace and finished the round stronger. In the final round Donna landed punches and slipped away before Hogan could retaliate and at the bell every one thought there was a senior title coming back to Donegal, but when the split decision was called and Hogan had won gasps in the hall told the story.
The scoring on the contest was, 40- 36.. 36- 40.. 39-37.