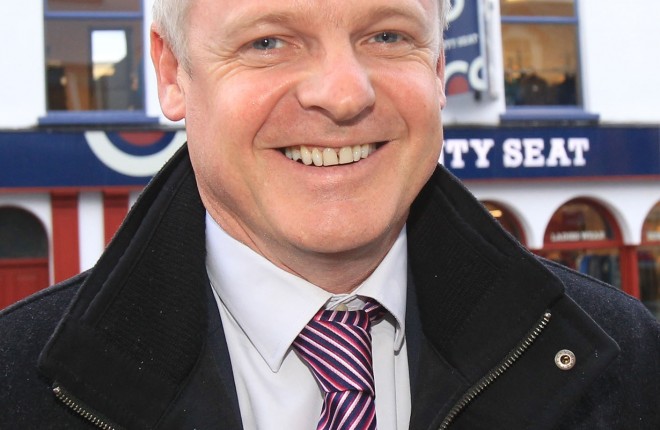 NEW Donegal selector Brendan Kilcoyne is looking forward to meeting up with Rory Gallagher’s squad for the first time tomorrow.
A former Sligo footballer, Kilcoyne (47), a Collection Accounts Manager with Ulster Bank, said he was delighted to receive the call from the manager. He takes over from Glenswilly’s Gary McDaid.
“We’ve spoken a few times over the last few weeks and it’s a great opportunity for me to get the chance to work with a fantastic group of players. I feel privileged and can’t wait to get stuck in,” he said.
Gallagher, Kilcoyne, Maxi Curran and Jack Cooney will run the rule over a large number of players when the Donegal senior squad resumes training early next month ahead of the opening McKenna Cup game. A number of younger players, drawn from last year’s Minor and Under 21 squads, are expected to be included in Gallagher’s initial squad which will be released this weekend.
“I was part of the County Under 21 set-up with Maxi (Curran) last year and I would know all the other players from the club scene. There’s plenty of young talent coming through the ranks and the fact that the more experienced lads won the All-Ireland in 2012 and reached the final in ‘14 tells its own story,” he said.
Kilcoyne won Sligo championship medals with his club Tubbercurry in 1986 and ‘91 (as captain). He won three titles with St Eunan’s as a player (’97, ‘99 and 2001) while he managed the Cathedral Town club to glory in 2007.
“I look forward to meeting the older, more experienced members of the squad when we get together for the first time on Saturday and then we can starting looking at putting in place plans ahead of next year,” he said.

International Rules
Meanwhile, Patrick McBrearty has been named in the Ireland squad for the upcoming EirGrid International Rules test against Australia.
The Kilcar forward is the only Donegal player included in the match day panel of 23 players for the November 21st test.
Fresh from being named Footballer of the Year last Friday night, wing back Jack McCaffrey is one of nine All-Stars selected by team manager Joe Kernan, and is joined by fellow members of the elite playing class of 2015 in Mattie Donnelly, Lee Keegan, Philip McMahon, Conor McManus, Rory O’Carroll, Aidan O’Shea, Donnchadh Walsh and Ireland team captain Bernard Brogan.