It has been a very disappointing week with a lot false reports emerging relating back to our Minor Championship match with Tyrone which took place in May.

I feel let down by ‘Teamtalkmag.com’, who published an article into the public domain on Tuesday which does not accurately reflect the findings of an investigation into the matter.

The Donegal County board, the Tyrone County Board and the Ulster Council set up an Investigation committee earlier in the summer to look into incidents we flagged after the match.

This was an in-depth process and there was a confidentiality clause included to help protect the people involved who were under 18.

Both counties were satisfied with the committee’s findings, and while certain people were prepared to bury their heads in the sand, we were happy to move on.

I, on behalf of the minor management team, made my feelings known at the time when it happened, and I have nothing further to add.

It was disappointing that Teamtalk went with that angle they opted for and I was not impressed with the tone of their article either.

Some prominent members of the Tyrone minor management team backed up their side of story as well which was also out-of-order.

We are putting the matter to bed now and it is unfortunate that we do so under the glare of the media. However, it is now time to move on.

Another off-field topic garnering a lot of attention this week is the Director General Paraic Duffy’s 11 proposals to help revive the club game and help struggling elite players in the 17-21 bracket. 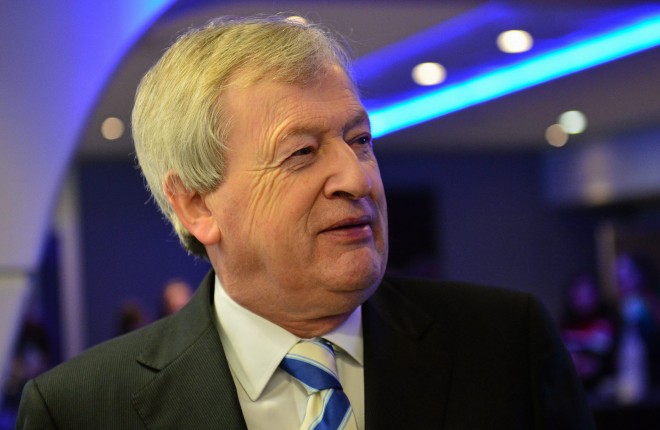 One of his ideas is to discontinue to Under 21 Football Championship and I don’t think this would be a wise move.

Granted, I am the new Donegal under 21 manager and people might say it is in my interests to say this, but I think it would be a huge mistake to get rid of this competition.

It is a huge step up from minor to senior level and the under 21 age bracket serves as a stepping stone for players attempting to make the transition.

I agree with Duffy that there is player burnout and those early few months of the year can be very busy for talented youngsters.

Senior Intercounty managers are looking for them for the early-season tournaments like the McKenna Cup, and they are training for that, as well as the under 21 championship and the third-level competitions.

That leads to a heavy burden on our young stars, and perhaps alternative dates need to be found for the under 21 competition.

As it stands currently, there is a collective training ban until January 1, and that only leaves around nine weeks to prepare a team for the first round of the championship.

90% of our players are located outside of Donegal, so it is hard to meet up and train.

Many of our boys are away in college, and their respective managers are putting them under pressure to play in those competitions as well.

The Sigerson and Trench Cups are good tournaments and can help with the development of players, but they only cater for those who are of an academic mind.

Scholarships are becoming the norm in a lot of third-level institutions as the moment as some colleges try to buy their way to Sigerson glory.

For me, the Under 21 Championship serves a lot more purpose than third-level football, and for the development of our young footballers, we simply can not allow it to be discarded.

Sunday was another underwhelming day for Donegal teams in the Ulster Club Championship.

For some reason, we just can’t seem to do the business in the province. St Michael’s won an Intermediate title in 2004, and St Joseph’s have some unofficial senior titles to their name going back to the 70s.

However, our record recently is not good, and both our Senior and Junior champions, Naomh Conaill and Naomh Ultan, exited their respective competitions last Sunday.

The Glenties men had aspirations of going on a good run through Ulster, but things couldn’t have started much worse for them against Trillick last week, with Anthony Thompson sent off and Dermot Molloy replaced through injury after only 15 minutes.

We have seen a lot of Anthony in a county shirt over the last six years, and you would have to say it was out-of-character for him to lose his discipline like that.

It was a moment of madness and you can be sure that he will feel that he let his teammates down.

Naomh Conaill were six points behind at half-time, and minus two of their best players, and they could have easily felt sorry for themselves and thrown in the towel at that point.

However, they came flying back into the match and soon levelled proceedings. Daragh Gallagher was left on the bench after a couple of quiet matches, and he was chomping at the bit when he came on and he had a fine second half.

Trillick were under pressure, but they never fell behind. They lifted their game and got two crucial scores inside 60 seconds which kept them in control of the match.

Naomh Conaill hit back with a point, but Gallagher missed a free at the death which could have sent the game to extra-time. It was just a bridge too far in the end.

It was a gallant effort, but no more than the Irish Rugby team at the World Cup, the loss of keep personnel left them with an arduous task that they just couldn’t complete.

Trillick will now face Scotstown, after they defeated the reigning Ulster champions, Slaughtneil.

Scotstown are a team that I fancied to do well this year and it will take a good side to beat them.

Kilcoo recorded a huge win over Kingscourt and they will take on Crossmaglen in the other semi-final. There is some history between these clubs and it is sure to be a cracking contest.

I felt that Naomh Ultan might encounter a difficult task last Sunday as Cavan sides normally do well in the Ulster Junior Club Championship.

They came up against a very strong Templeport side and received a heavy beating. Templeport had a couple of excellent forwards and the Dunkineely men couldn’t live with them on the day.

However, Naomh Ultan will be happy with their lot this season. They won the Junior Championship and earned promotion to Division 3. They will look to push on again next year.

Bundoran have kept the Donegal flag flying high this week, with a great extra-time win over Clann Eireann in Ballyshannon.

They only had seven days to recover from their Donegal win, and it might have taken a little time to blow the cobwebs off after their celebrations.

They now progress to the semi-finals and no team will want to face Brian Gavigan’s in-form side.