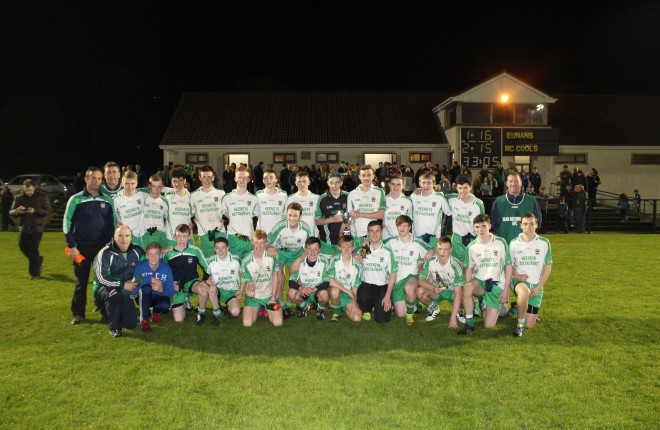 SEAN MacCumhaill’s claimed the Under 16 Northern Board Championship title in Convoy on Monday night, however the game was marred by unsavoury scenes involving both sides.

MacCumhaill’s established an early lead in the additional twenty minutes, but tempers frayed as half-time apporached, with players and mentors from both teams involved.

When calm was restored, MacCumhaill’s joint-manager Luke Gavigan and his counterpart Paul McGovern were dismissed for their roles in the fracas.

The Twin Towns side held on to record a 2-15 to 1-16 victory and lift the Northern Board Under 16 championship.

FOR FULL REPORT OF THE FINAL, DON”T MISS FRIDAY’S EDITION OF THE DONEGAL NEWS.