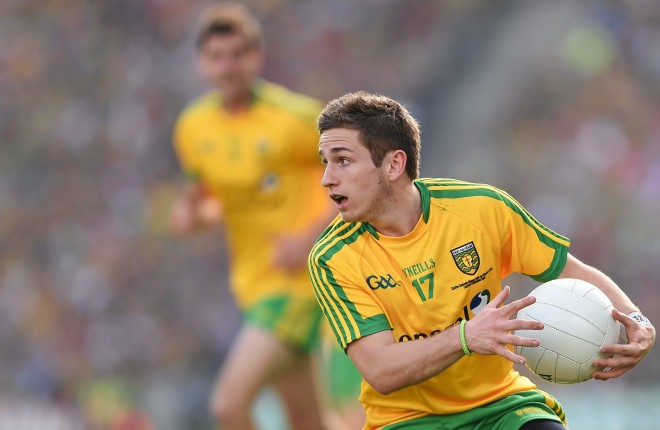 DARACH ‘Jigger’ O’Connor faces up to nine months on the sidelines after it was confirmed that he has he ruptured his cruciate.

The Buncrana clubman endured a frustrating 2015 and only played in one senior championship match, when he was introduced as a substitute in the Ulster Final.

Cruciate injuries have become common among the GAA’s top players in recent years, but O’Connor is the first high-profile Donegal player to encounter the injury.

O’Connor – who started in the All-Ireland final last year – will go for surgery in the next couple of weeks and faces a tough battle to make it back in time for the 2016 Championship.

The injury is a blow to Rory Gallagher’s plans for the new season, as he would have hoped that O’Connor would have featured more often in his second year in charge.

The lively corner-forward was also expected to be make the Donegal under 21 team for the fourth successive season, and new manager Declan Bonner says he will be a massive loss to his team.

“It’s a huge blow to us, because he has been involved with the under 21s for the last couple of years and he would have been very important to us this year.

“Unfortunately, he has been plagued with injuries, and this one will leave him out of action for a long time. His absence will be sorely felt by his club, the under 21s and the senior team,” he added.