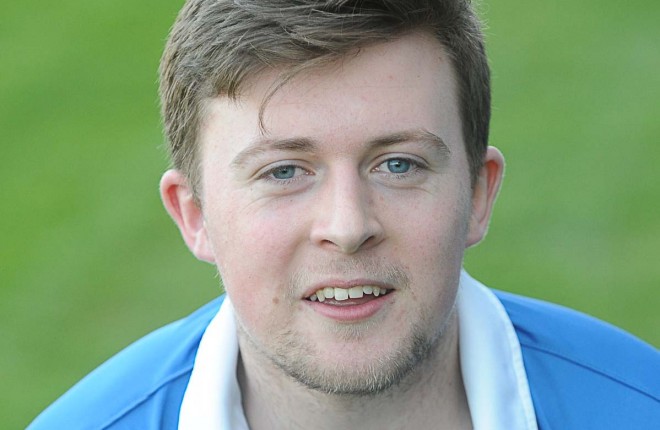 If you were throwing a party and you could invite anyone in the world, dead or alive, who would you ask around?
TJ Evesson, only thing is, we wouldn’t be sure if he’d be alive at the end of the night…

Where do you like to go out to celebrate after a big victory?
Not a big fan of a night out, so back home, get a big feed and sit right in front of the fire.

What’s the worst pitch you’ve ever played on?
Toss up between Rathmullan’s old pitch and Gweedore Celtic’s old pitch. Chasing the sheep off the pitch beforehand probably shades it in Gweedore’s favour.

Which character in any film are you most like?
I have no idea, so seeing as I’m watching it now, I’ll choose Batman.

Any odd items in your kit bag? Spare hair bands for Keith Cowan!!

Who’s the biggest joker in the team you play for? Conor Keddy – takes a hand out of ‘Skinny” (Nathan Boyle) all the time.

Which team mate has the best looking other half?
Has to be Ciaran Coll, but I’m not sure which one of his women I would choose.

Who is the worst trainer? Skinny… Physio bed every week!

Who spends most time in front of the mirror in the dressing room?
Packie Mailey. Nobody looks as well as Packie does without taking time to look that good!

Who has the best and who has the worst diet on the team, and what does it include?
Besides myself, Dee or Josh Mailey would have the best diet. Worst would be Keddy – you don’t even want to know what his diet is!

Toughest opponent you have faced?
I remember getting a run around from John Mountney (now with Dundalk), in an interprovincial tournament, and he’s doing well for himself, so I’ll go for him.

Best or worst quote you’ve heard, either from a manager, player, opponent?
Not mentioning names, but someone once said: “aragh f**k, I’ve no idea what this is, but we’ll keep going.”

Best manager you’ve ever played under?
I haven’t had many managers. The boys would give me stick for choosing Ollie, so I better stay clear from him. I’d probably say John Quigg, Hugh Harkin and Eddie Seydak.They were all together as managers so I won’t separate them. They’ve a great record of developing players from youth football to senior football and deserve a lot of credit!

Best ever performance?
My best performance was probably the EA Sports Cup match for Derry against Sligo last year, it was my first start at senior level and felt I played well. Most memorable would be playing for the Irish under 18 side in Wales.

One to forget?
I don’t remember when it was, but a school match against Deele College. I missed a penalty, and scored an o.g. Took a while to live that down..

When you were playing in the back garden, who did you pretend to be?
Dennis Bergkamp – technically the best player to play in the Premiership!

If you were in charge of transfers who’d be in and who’d be out of the team?
This is a difficult one. I’d get rid of Lee McCarron, just because of his hair, horrendous!! I’d bring in Michael Murphy, he reckons he can play. We’d have to see if he could deal with the pressure on a wet October night under the lights at Finn Park. Sure any clown can kick it over the bar!