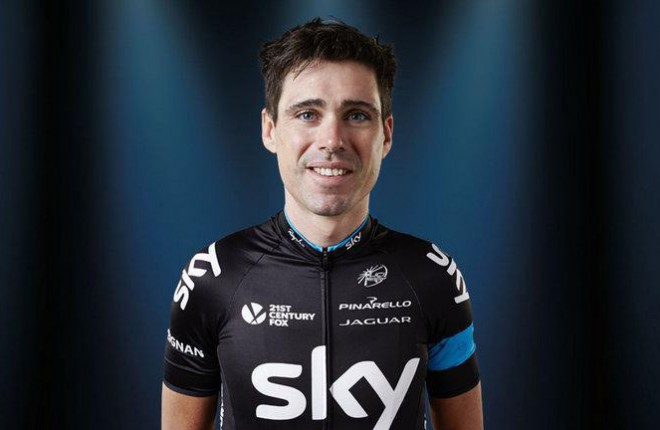 HARRY WALSH
IT has been a mixed year for Donegal cyclist Philip Deignan. Having safely steering team-mate Lars Petter Nordhaug towards victory in the Tour of Yorkshire back in May, he was equally impressive in the week-long Tour of California and then on the climbs of Critérium du Dauphiné a few weeks later.
Indeed, his performances in France for Team Sky this summer have further cemented his standing as one of the world’s best climbing domestiques.
Unfortunately, though, he would just miss out on selection for this year’s Tour de France ensuring that the Letterkenny man retains the tag of being still the best Irish rider never to have competed in the Tour – for another year at least.
It’s not all doom and gloom however. Last month he got engaged to fellow professional cyclist Lizzie Armitstead, the current World Road Cup and Commonwealth Games Champion, while he also recently signed a new two-year contract with Team Sky.
On Friday last he was back in Letterkenny and took time to look back on a year of highs and lows as well as looking forward to next year’s Tour de France and the 2016 Olympic Games in Rio.
“This year was good, in patches. There was a five or six week period during the early summer when I was really in good form from the Tour of Yorkshire, through to California and the Dauphiné,” he said.
The Dauphiné is a pre-race for the Tour de France and Philip (32) felt that he had done enough to become only the eleventh Irish rider to fly the flag for Ireland in the biggest race of all.
“I was close to getting a spot but just missed out in the end. I just found out a week before the Tour started and that was the start of two big disappointments in the one week as I then broke my elbow in the Irish Championships,” he said.
That injury upset his plans for the second half of the season and left him fighting against time to be fit enough for the Vuelta a Espana – a race which gave him his biggest career highlight to date when he won Stage 18 in 2009.
“They didn’t think I was quite back to full speed for that so it’s been a frustrating time,” he admitted.
“I’ve been doing a few Pro-Tour and World-Tour races in France and a couple of one-day races in Canada and I’ll finish up the season with the Tour of Lombardy in a few weeks time,” he said.
Based in Monaco, Philip spent his first four professional seasons at AG2R Prévoyance, which later became AG2R La Mondiale where he rode the Vuelta and the Giro.
In 2009 Deignan moved on to the newly formed Cervélo Test Team. There followed a time with Radioshack and the American based United Healthcare team before Team Sky came calling for the 2104 season.
“I’ve decided to stay on for another couple of years which is really great. I feel at home there now. I’m settled in and really happy to be there. There’s thirty riders and a staff of sixty or seventy so it’s a big operation. It takes a year or two just to get to know everybody,” he said.
The downside of being part of the strongest cycling team in the world though, is that they can only select nine riders to take part in the big tours.
“Had I been part of any other team a tour spot wouldn’t have been a problem this year but just with Sky and the level of riders we have…We’ve thirty top class riders there and to make the last nine is that little bit more complicated,” he said.
Regarded as one of the world’s best climbing domestiques, many feel that the Letterkenny man is well primed to ride in the biggest annual sporting event in the world.
“I would like to take part in the tour – obviously – but it doesn’t keep me awake at night thinking about it. It’s a definite goal for next year and I would love to go to Rio. It’s great to see so many locals going and it would be a dream come true if I could join them,” he said.
While it is up to the discretion of the Cycling Ireland who gets the Olympic slots, Deignan is hoping to make their decision that little bit easier in the coming weeks.
“If it’s two spots then it’s more than likely that they will go to Dan (Martin) and Nicholas (Roche) but if we can get that third spot then I’m fairly confident of getting that place.
“It’s all about the World Tour points between now and the end the year which, really, only leaves the Tour of Lombardy,” he said.
It’s been a busy time for Philip who announced his engagement to fellow professional cyclist Lizzie Armitstead last month.
“Aye. We got engaged on my birthday (September 7). She was delighted but then the next day I had to head off for a few weeks which wasn’t ideal. That said, it’s great that we’re in the same sport. She’s looking to retire after Rio so it would be great if we were both there competing,” he said.
At 32 years of age now, Deignan believe he has three to four years left competing at the top of the his chosen sport.
“It’s such a difficult sport that it’s hard to put an age limit on it. It’s more a mental thing – the head tends to go before the body.
“I’m still enjoying the bike. I still enjoy racing and as long as someone is willing to pay me I’ll keep at it. To get another two years with Sky is no bad thing. There’s that little bit more security should I be involved in an accident of something,” he explained. 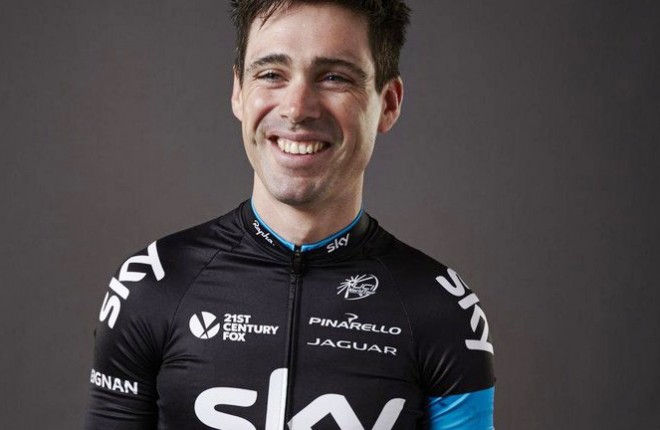 Letterkenny cyclist Philip Deignan will represent Team Sky in the Giro d’Italia, which starts in Sardinia next week. Deignan...