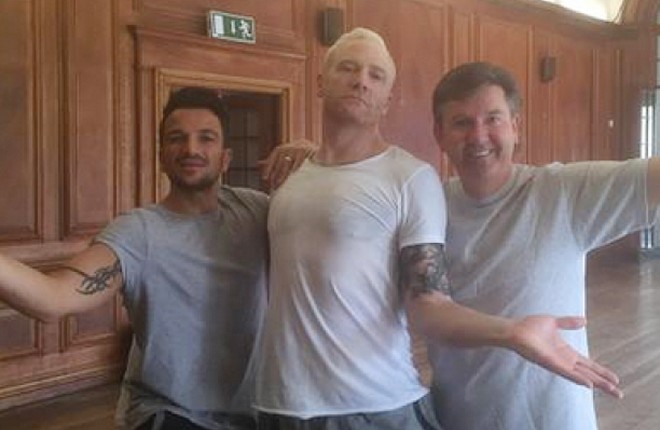 AND so it begins. Daniel O’Donnell has been paired with Kristina Rihanoff in BBC’s Strictly Come Dancing which got underway tonight.
After months of secrecy and speculation the full line was unveiled on the launch show as Tess Daly and Claudia Winkleman welcomed contestants live on stage.
The hit BBC1 show is back for its 13th series and Daniel (53) and Kristina (37) and 14 other couples will compete over the coming weeks in a bid to be crowned the winner and take home the disco ball trophy.
“Earlier this year, I decided to take a short break from touring and told myself that I would only consider doing something if it was both different and exciting,” he said.
“Well, what could be more exciting than Strictly Come Dancing? I love to dance and boy am I looking forward to getting started and being the best that I can be!”
Daniel and his fellow celebrities have been training hard for the past few weeks ahead of tonight’s opening performance and punters have been quick to latch onto a number of celebs.
The Kincasslagh singer has emerged as the top pick with punters and his odds shortened and is now priced at 8/1 having been a massive 33/1 outsider.
Peter Andre has been topping the betting since it was announced he would be on the show and he remains on top with little rivalry from the rest of the line-up at 7/2.
The Wanted’s Jay McGuniess is the second favourite at 11/2 with both Jamelia and Corrie’s Georgia May Foote next at 6/1 apiece. Call the Midwife star Helen George was one of the last to be confirmed for the show and went into the betting at 7/1 to win.
Joining Daniel O’Donnell at 8/1 is Sky Sports presenter Kirsty Gallacher with TV chef Ainsley Harriott and former 400m sprinter Iwan Thomas both on offer at 10/1. Boxer Anthony Ogogo is priced at 12/1 to knock out the competition.
Further down the betting are Eastender’s Kellie Bright at 16/1, TV presenter Anita Rani at 20/1 and Radio 3 presenter Katie Derham at 28/1. BBC weatherwoman Carol Kirkwood and BBC Radio 2 DJ Jeremy Vine are hogging the bottom of the betting at 40/1 each.

Aoife Heffron, PR Executive at BoyleSports, commented “Daniel O’Donnell has become the shock favourite with punters, he is the biggest liability for BoyleSports as he continues to receive support and has most recently been backed into 8/1 from 10/1.”

She added “Some savvy punters saw the potential in the Irish singer straight off the bat and were quick to snap up his opening price of 33/1. Should the money keep rolling in, he could waltz his way to the top of the betting. If Daniel walks away with the Glitterball trophy he will make his mark on the show as the first ever Irish winner.”