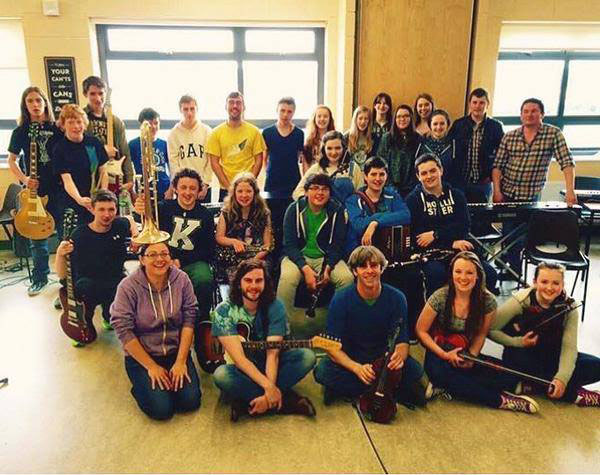 IN ONLY two weeks a group of teenage musicians have developed very valuable skills thanks to a brand new pop-up summer course for teenagers.

Soundwaves in Letterkenny has brought together young talent whoare exploring musical boundaries and developing the skills needed by a 21st century musician.
So far they have learned how to write music collaboratively, picked up recording skills in the project’s pop-up studio, used their iPhones to shoot music videos and learned how to use iMovie and Final Cut Pro to edit them.

The young musicians even set up Facebook/Twitter/instagram band pages and did some fantastic band promotion themselves.

There are two more weeks of the Soundwaves project to go, where the young talent will improvise and create music as one, giant ensemble working towards an ‘epic’ performance of all the material in the Regional Cultural Centre on September 6.

But for now, the Soundwaves artists have just released their first singles. The band with the most coverage and plays will be named Soundwaves Artist of the Year.
The five bands are Snasta, Advanced Utopia, Broken Heavens, The Raras and Broken Crayons and their views can be viewed below.

Sarah Murphy, Artistic Director of Wall2Wall Music and Soundwaves said: “An incredibly talented group of twenty-six young musicians from across Donegal aged 13-19 joined the Soundwaves project a couple of weeks ago.

“They span traditional, pop, classical and digital music and we’ve been exploring musical boundaries as well as how to compose, arrange and promote music – everything they need as a 21st Century musician. It’s been great working alongside them and we’re delighted to be supporting these talented artists.”

The project is organised by Wall2Wall Music in partnership with the Donegal Music Education Partnership and funded by Music Generation through the Arts Council Partnership Programme. Twitter @soundwaveshq #soundwaves2015 and Facebook ‘Soundwaves Ireland’ 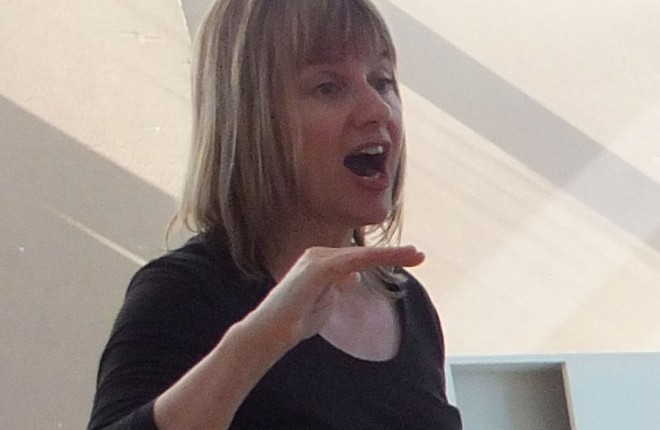 Weekend of voice workshops in Letterkenny

A WEEKEND of voice workshops with is taking place again this year in Letterkenny next month.