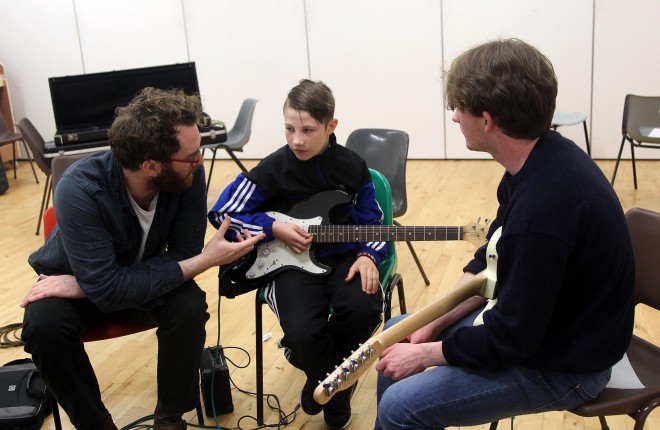 BY SEÁN P. FEENY
SOME of Donegal’s best musical talent lent its musical expertise to the next generation once again during the ninth annual Rock School at the Regional Cultural Centre in Letterkenny. The Rock School was the brainchild of well-known singer Declan McClafferty of In Their Thousands and John Muldowney.

Nine years ago Declan had the idea of starting the annual event while he was studying at the Brighton Institute of Modern Music and he joined forces with John to make it happen.

This year, once again, dozens students availed of the school, which is free of charge, to learn from and work with some of the best musicians the county has to offer.

Workshops on offer covered everything from song-writing, performance, singing, guitar, bass and drums classes. Those teaching the classes included Declan, Ruairí Friel (In Their Thousands), Charlie Doherty (Clanns), Fintown multi instrumentalist Peadar Coll and many others.

Declan said: “The students are getting more talented with every year and this is an opportunity for them not only to study with great musicians, but also to learn from each other during the classes and that’s what our goal was.”

The Rock School is one of the summer camps hosted by the Loft Youth Project. The Loft provides a wide range of learning and development opportunities for 12 to 18-year-olds and is a partnership between Donegal Youth Service and Foroige, funded by Tusla, the Family Support Agency.

Don’t miss this Monday’s print edition of the Donegal News for extensive coverage from this year’s Rock School. 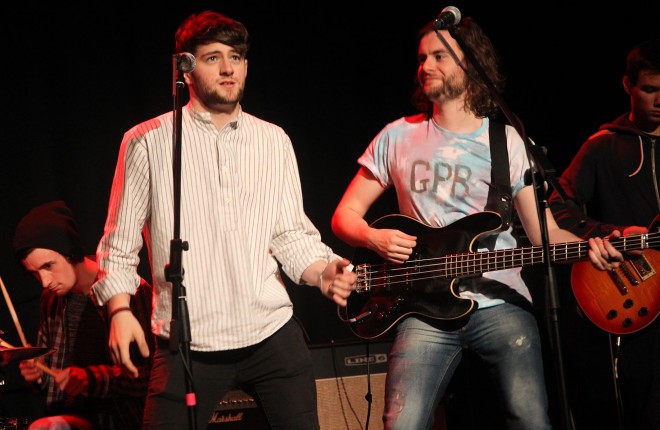