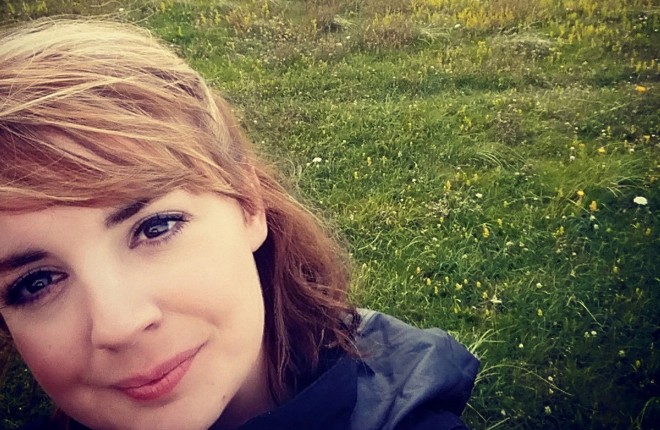 BY CATHERINE COOK
A PASSION for food and the pursuit of the best of what Ireland has to offer has led one Gweedore woman to create a definitive guide to the finer things in life. Caitríona McBride was born in Crolly but grew up in The Rosses. Now she is based in Ballsbridge, Dublin but spends makes regular visits home.

This week she spoke to the Donegal News about how her previous work as a journalist, TV producer and cheese monger have enabled her to launch a new website – The McBride Guide.
“I had qualified as a journalist in 2006, having spent four years at DCU. I freelanced for a lot of Irish newspapers and magazines but with the recession they had to cut back. I had to find something else and I started working in TV as a runner, making cups of tea.”

After some years working with the company who produce Operation Transformation and The Restaurant, Caitríona made her way up the ladder, and was the series producer and director for The Restaurant. “Working on that programme is what really got me into food and I then went on to work on the first series of Masterchef and that was really exciting. I made a lot of contacts but working in TV was demanding and I missed writing a lot,” she said.

She then spent two years working as a cheesemonger in Dublin’s speciality food store Fallon and Byrne before going on to work in communications for the Irish Dairy Board. It wasn’t until Caitríona broke her wrist earlier this year that she had to re-evaluate the direction she wanted her career to take.

“I knew that my dream job wasn’t going to be handed to me. My passion is writing and food and as I result I felt the time was right to take a leap of faith. I launched the McBride Guide on my birthday, June 26, and I have had such positive feedback already.”

“The major focus of the website is food. I have written about some of the best restaurants in Dublin and Donegal and as time goes on I hope to get to more restaurants around the country. You won’t find scathing reviews on the McBride guide. It’s about the positive things that are out there, not the negative. I will regularly be posting recipes from some of the country’s best known chefs as well as my own favourite recipes.

“I am passionate about grass, we have the best dairy produce, cheese and butter as well as the best grass fed beef that we should be so proud of in Ireland. I have always been a champion of local produce and I love now that it’s being better supported. For example, when I’m at home, the local SuperValu in Dungloe is championing local producers and that’s great to see.”

The McBride Guide is not solely focused on food and allows Caitríona the opportunity to indulge her passion for writing and has features on everything from beauty to pensions and interviews with various personalities, the most recent being Donegal footballer Eamonn McGee, an old school friend.

Caitríona ’s love of her native county is evident throughout the McBride Guide and features a number of reviews of local restaurants and information on what the county has to offer. “Donegal is magical, majestic and full of mischief. My home county is the most beautiful in the country. Of course I’m going to say that, but it’s true. You’ll find warm people, freezing North Atlantic waters crashing onto dreamy beaches, good food, cosy pubs, rich Gaeilge and the song and story that comes from it, and us.

“Then there are sights like Errigal, Malin Head, Sliabh League and the magnificent Glenveagh National Park. Trust me, you haven’t lived until you’ve been warmed by a Donegal turf fire, its fizzing and crackly breath embracing you into the very heart of its mountains, its sea, its people and its soul. Grá mo chroí.”

Caitríona expressed her hopes that the McBride Guide will become a go-to source of inspiration for food lovers and has encouraged people to engage with the site and let her know of places that are worth visiting.