Advertisement
HomeEntertainmentFinal acting course of the year at An Grianán
Advertisement 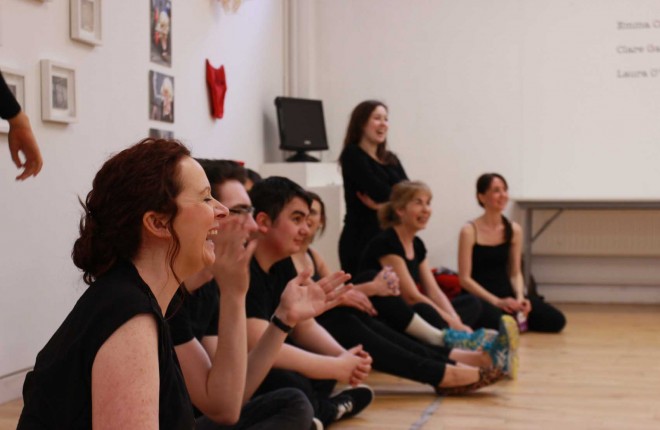 Acting students enjoying themselves during the WorkLab course.

AN Grianán Theatre and Workhouse Theatre Company are starting another six-week Adult Acting Course in September. This is due to popular demand and it will be the third WorkLab in what has been an exciting year for both companies. The new course which takes place every Tuesday and Thursday (6.30pm -9.30pm) in Letterkenny kicks off on September 15 at the An Grianán Theatre.

Mark Temple from Milford, who has participated in the course, recommends it to anyone with a passion or even an inkling for performance. “I had the greatest of experiences taking part in the recent WorkLab acting course. I can say that now with great ease.However, I will admit, it was without ‘great ease’ that I booked the course. I was initially very scared. Not knowing what I was letting myself in for and not wanting to make a fool of myself. I guess this is a human trait.

“The ice was quickly broken and after getting to know the teachers and the other students I could not wait for classes to begin. I wish I could do it from the start all over again. If anyone is thinking about it I could not urge you to do it enough. I learned so much about acting and the theatre.

“We went on group outings to see other shows and talked about them on reflection. We performed a play. We covered so much in such a short space of time, all whilst making great friends. I learned more in those six weeks than I had up until then. That’s how good it is.”

For all details about the course please visit www.workhouse.ie. Videos about what we do, told through previous WorkLab students are there to view. Places are really limited.
To book please call the box office on 074 9120777 or by e-mailing info@workhouse.ie. Workhouse will be producing this last acting course of the year in the lead up to its third production, which will be taking place in early 2016 – a production that will celebrate existing and emerging talent here in the North-west.