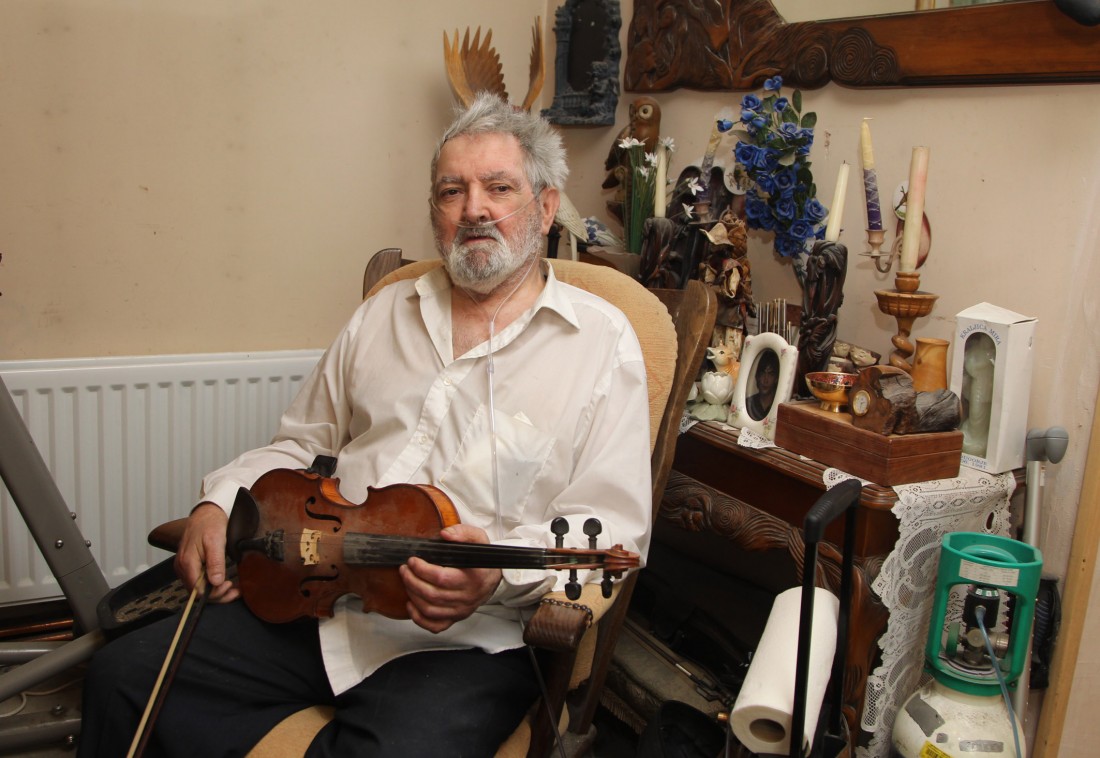 IN A rare interview, world-famous traditional fiddler Tommy Peoples this week spoke to Donegal News reporter Cronan Scanlon about his life and times as well as the return of the fairies to their ancestral home in east Donegal.

Born in 1947 in the townland of Kinnycally, outside St Johnston, Mr Peoples (68) has been credited with bringing ‘Donegal style’ fiddle playing to the south of Ireland.

Primarily aimed at traditional music lovers, his eagerly awaited book ‘Ó Am go hAm – From Time to Time’ has just been published. It includes fascinating insights into Tommy’s life, his musical journey and background stories to many of the tunes, and various pictures of his family and friends.

Already described as a collector’s item, it also contains a detailed fiddle tutor with notation and illustrations by him as well as a comprehensive collection of his original compositions.

For those who have never heard of Tommy Peoples, this modest man has been famously described as the most influential Irish fiddler player of the last 50 years.

‘Ó Am go hAm – From Time to Time’ by Tommy Peoples costs €50 and can be purchased on www.custysmusic.com or by contacting Custys Traditional Music Shop, Ennis, County Clare on 065 6821727.
It will also be available to purchase in the coming days on Tommy’s official website, www.tommypeoples.ie

Donegal people urged to stand with GOAL this Christmas

A week of firsts and lasts at The Balor

A week of firsts and lasts at The Balor

Donegal people urged to stand with GOAL this Christmas