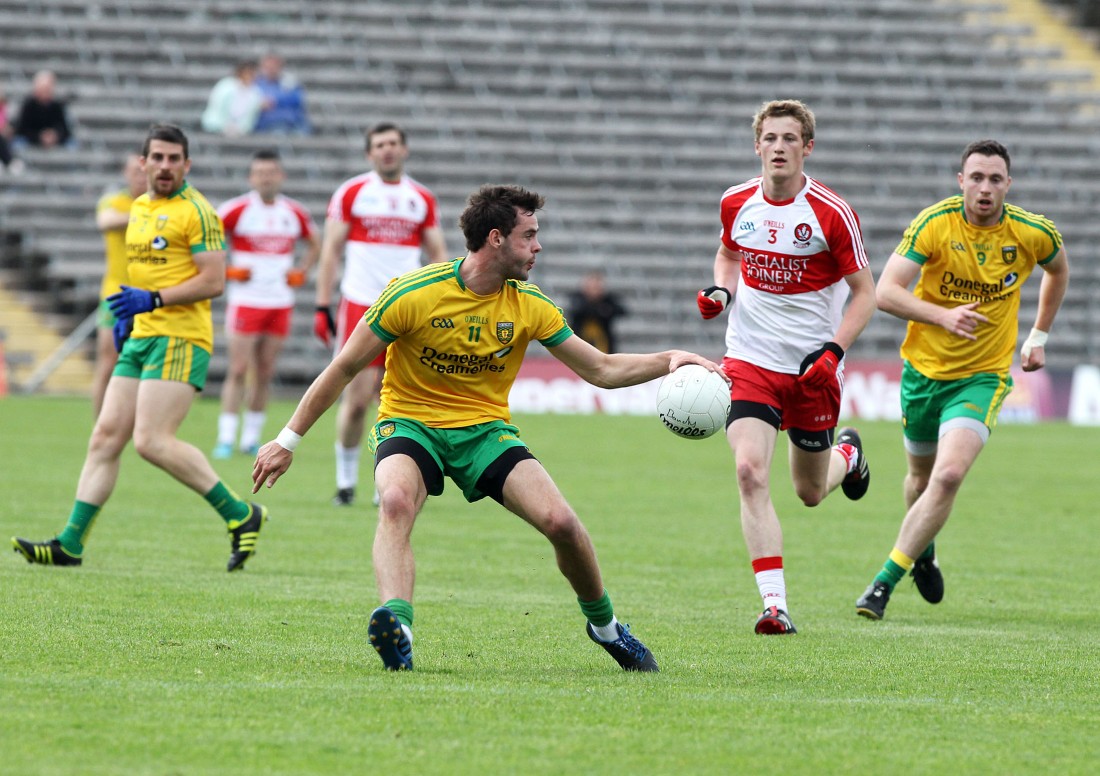 ODHRÁN MacNiallais continued his excellent Ulster Championship record as he helped Donegal get past Derry on Saturday evening.

The Gaoth Dobhair man has played six times in provincial games and has been on the winning side on each occasion.

MacNiallais opened the scoring for Donegal, but they did not have it all their own way as Derry presented a huge challenge.

“It was a really tight game and we’re delighted to get over the line,” said MacNiallais.

“We made a good start but we knew we had to as Derry are a top team.

“They had it tough against Down but we knew they would be a huge challenge today. We’re just thankful to have got the win.”

Donegal anticipated that Derry would come with a well-organised defensive game plan, but they were patient and refused to panic when things were not going their way in the first half.

“Derry were well set up. We expected that. They’re a well organised team and they’re set up pretty similar to ourselves.

“We were working on things in training over the last couple of weeks, to prepare us for a team like that. That way of setting up paid off in the end. We did well to come through it.”

MacNiallais felt that Martin O’Reilly’s second half goal was the pivotal moment in the match.

“The goal Marty scored was very similar to the one he got two weeks ago in Armagh. It was the difference on the day. He took it really well. He’s a great finisher. Thankfully he buried it.”

Donegal received rave reviews after their victory over Armagh, but MacNiallais believes they were ‘overhyped’ following that match.
“There was a lot of hype and talk about us. We were overhyped but all we could do was keep our heads.

“We didn’t want to listen to any of it so we just kept the heads down and kept training over the last couple of weeks. All we could do was go out and do the business.”
Donegal have manoeuvred their way through an incredibly challenging Ulster Championship so far, but that will count for little if they fail to overcome Monaghan in the decider.

“The Ulster final is where we want to be. We couldn’t really have gotten a tougher draw but we’ve got through it so far,” MacNiallais commented.

“We’ve one more step to go to try and lift the Anglo Celt again but Monaghan will be a huge challenge in three weeks’ time.”