AS many as 200 medical scrubs and other items of linen cleaned by an outside laundry firm are ‘rejected’ at Letterkenny General Hospital (LGH) on any give week, it has emerged.

This is according to Mr Tony Canavan, Chief Operating Officer, Saolta University Health Group, who was responding to concerns raised by Councillor Gerry McMonagle on Tuesday.

Cllr McMonagle, who is a member of the Regional Health Forum West, said that he had been monitoring the laundry services within the hospital ever since they had been privatised five years ago.

“Has Letterkenny General Hospital any concerns in relation to the current laundry service, in particular the level of returns of medical scrubs?” he asked.

In reply, Mr Canavan said that LGH currently has a contract for the provision of hospital linen with CWS Boco Ireland Ltd.

As part of that contract the company are obliged to carry out audits on the quality of linen being supplied to the hospital on a weekly basis.

“These quality/reject linen audits have consistently showed a quality reject rate of between 1% and 2% of the total quantity of linen supplied to the hospital on a weekly basis. The reject rate is consistent with industry standard.

“In absolute terms, the number of linen items provided to the hospital by CWS Boco is over 17,500 items per week and the number of quality/reject items is 175 per week.

“Reject items are identified at point of arrival and are removed from the supply being used within the hospital,” Mr Canavan said.

Cllr McMonagle said that the issue had been raised with him by hospital staff. “I’m led to believe that the quality of stuff coming back is not as good as before and I’ve been told there are a lot of returns.

“We used to have our own in-house laundry operation yet, here again, the contract was given to the lowest bidder – a big outfit – who were able to undercut the small man.

“Why is a Donegal firm not delivering this service and employing local people?” Cllr McMonagle said. 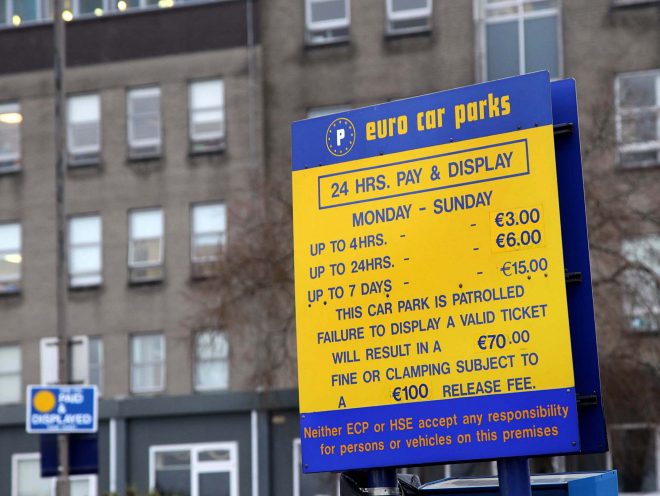 There are a total of 1,239 car park spaces between the two sites with 42 disabled spaces, two spaces...