Advertisement
HomeHeadlinesDocumentary on One: Fine Gaelgeoir follows minister as he learns Irish
Advertisement 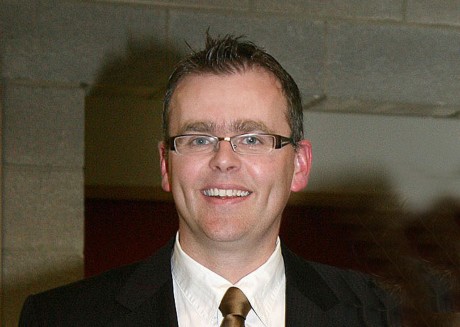 In an exclusive interview for RTÉ’s Documentary on One, An Taoiseach Enda Kenny says that Joe McHugh has proven his critics wrong as Fine Gaelgeoir follows McHugh over the course of a year as he strives to achieve fluency in the Irish language on a strict deadline.

Until his appointment, Joe McHugh was a backbencher, only really known in Donegal and of course in Offaly, the constituency of his wife, former Fine Gael TD, Olywn Enright.
Minister McHugh was instructed by An Taoiseach Enda Kenny to go and learn the language, starting with a summer course in Donegal. He began what he calls his re-immersion in the language; Documentary on One: Fine Gaelgeoir follows his progress throughout this process.

At times amusing, this documentary gives an insight into learning Irish as an adult, with the added pressure of a very public deadline. The documentary criss-crosses the country, from the hills of Donegal to the shores of west Kerry, via Government buildings.

Documentary on One: Fine Gaeilgeoir, presented and produced by RTÉ News’ Máire Treasa Ní Cheallaigh, brings the listener into the classroom alongside Joe McHugh, surrounded by people knowing that he’s on a deadline. It explores the challenges of learning a language in adulthood whilst holding down a challenging brief. Máire Treasa Ní Cheallaigh travels alongside him, watching and listening as Minister McHugh navigates his way through grammar rules, declensions and dialects while dealing with constituency and parliamentary matters. We hear how his journey toward fluency had many bumps and challenges along the road. It also gives an insight into the life of a busy government minister, who is also a rural TD, as well as a father and husband.

Referring to Gaeltacht areas An Taoiseach acknowledged that there was pressure on the language, but exclusive reservations were never going to happen, and that people should feel pride that Minister McHugh learned the language instead of being put out. This documentary was recorded over a year in which Joe McHugh, in his own words says, he went from the bottom of the mountain and while he’s not there yet, he is much closer to the top.

Documentary on One: Fine Gaelgeoir airs on RTÉ Radio 1, Saturday 25 July at 1pm. Available to listen to online and download from www.rte.ie/doconone from Friday, 24 July.