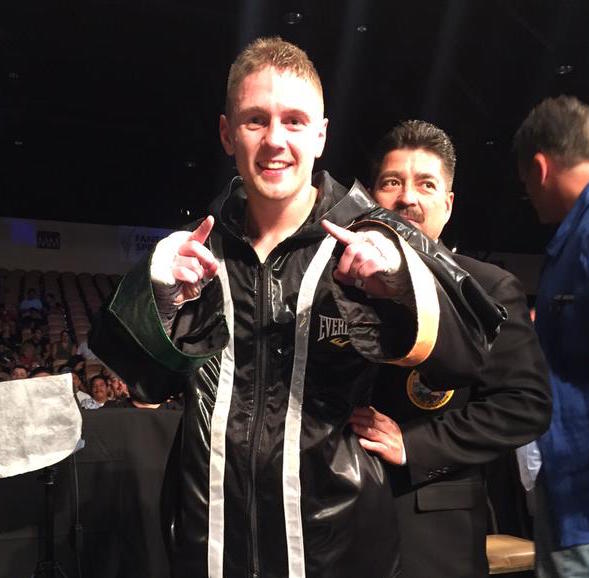 JASON Quigley made it seven from seven with a second-round knockout of Tom ‘Hitman’ Howard in Los Angeles on Saturday night.

Quigley, a World Championship silver-medallist as an amateur, cut Howard above the left eye in the first and then dropped his American opponent twice in the second round of their super-middleweight contest before the referee stopped the fight.

Undefeated Quigley debuted with Oscar De La Hoya’s Golden Boy in Las Vegas in July 2014 and has now won seven times, all by way of KO, on the bounce.

The Ballybofey orthodox has moved to California and says he’s loving his life and career in the Golden State. De La Hoya keeps his boxing affairs ticking over efficiently.

The 24-year-old – now ranked 188 at super middleweight – once again looked impressive against Mississippi-born Howard, who is a year younger at 23 and who’s had 11 fights in the paid ranks, winning 8 and losing three.

The man from Trenton, Michigan, has now lost all three of his fights this year – on points to Eric Bossler and Todd Manuel before being floored by Quigley- having also lost his second professional fight against Donald Ward.

The Quigley Howard fight featured on the undercard of the NABF super-lightweight title bout between Mauricio Herrera and Henry Lundy at the LA Memorial Sports Arena.