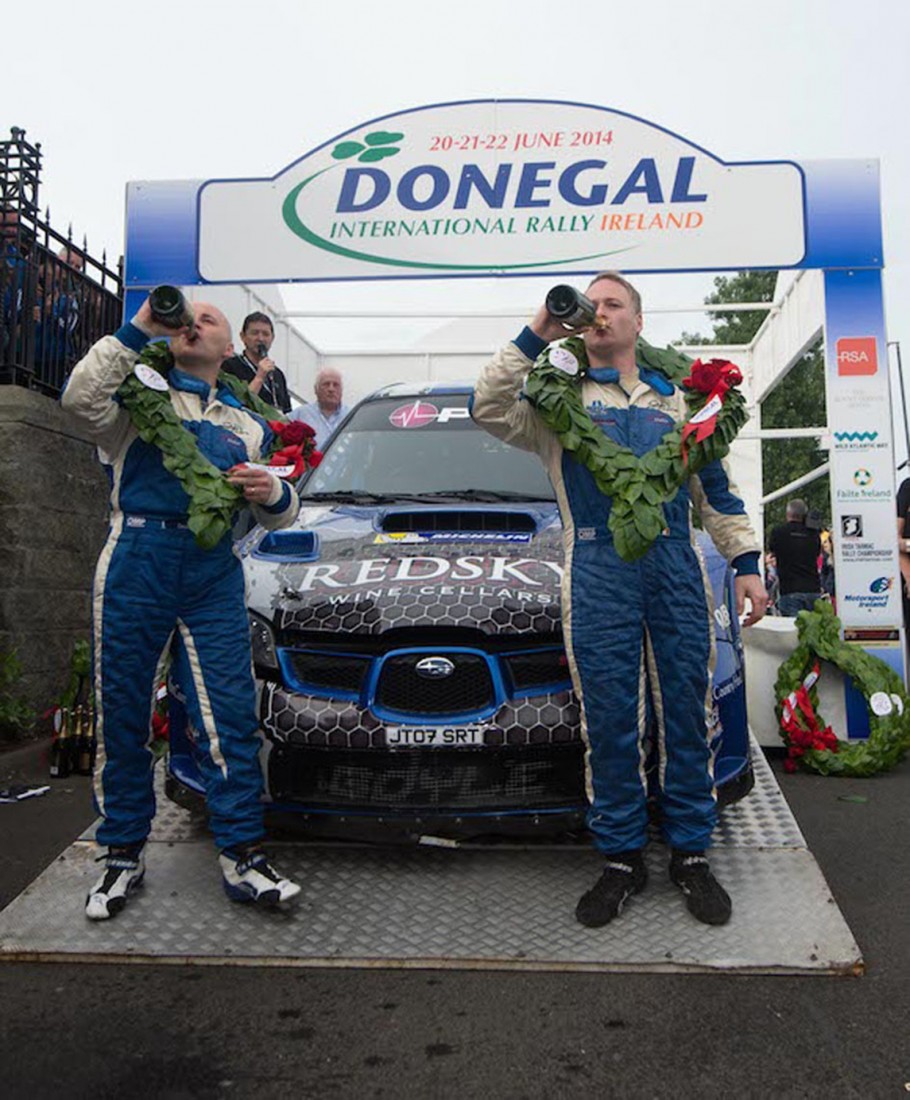 Declan and Brian Boyle winners of the Donegal International Rally 2014

MORE than 50,000 motorsport enthusiasts are expected to converge on Donegal this weekend for what is the only three-day rally left on the Irish Tarmac Rally calendar.

With a new title sponsor, Joule, organisers say that the 2015 event is filled with every rev of excitement that sees ‘Donegal’ at the top of the board for the competitors.

Hotels within a thirty-mile radius of Letterkenny have been booked out months in advance and with the Sterling so strong, extra visitors from the North are likely.

“The rally will be a great boost to tourism and brings revenue to many towns and villages,” Joan Crawford of Failte Ireland said.

Two loops of three stages – Trentagh, Letterleague and Corradooey – get the show on the road today before a gruelling Saturday sees four stages at Garygort, Knockalla, Carnhill and Gartan done twice. The ‘classic’ stages of High Glen, Atlantic Drive and Fanad Head make up the third and final day, Sunday.

Inspector Michael Harrison, Head of the Donegal Traffic Corps, has appealed for competitors and spectators alike to ensure the weekend runs smoothly.
“All we want at the start and at the end is everyone to come home – participants and supporters. We don’t want any road deaths. A safe weekend is all we look for.”

The rally, which has been running since 1972, is the biggest sports event held in Donegal each year and is estimated to be worth around €20million to the local economy.

There will be a number of local roads closed to traffic over the course of the weekend.