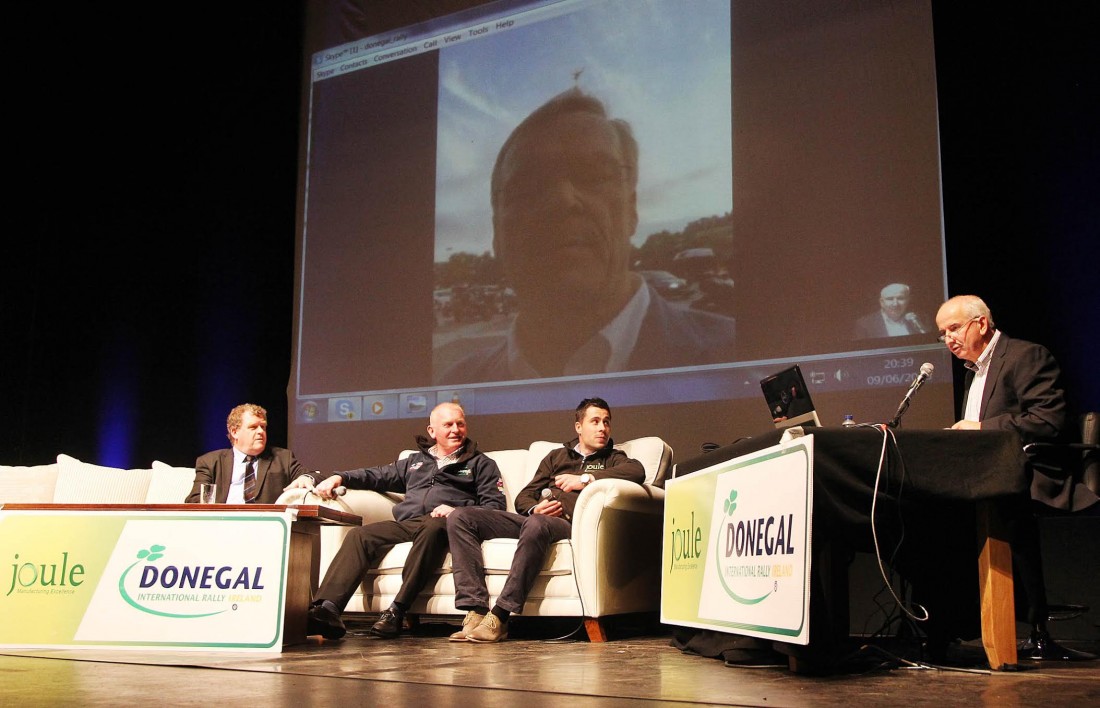 BY CHRIS MCNULTY
ACCOMODATION for the 2015 Joule Donegal International Rally is so tight that some people are now even offering their living rooms to visitors!
The 2015 version, the 45th running of the event, was officially launched at a function in An Grianán Theatre on Tuesday night.
The Donegal Rally, known as the ‘jewel’ in the Irish Tarmac Rally calendar, is the only three-day rally that remains in Ireland and has again attracted a fully-subscribed entry with 151 starters set to be flagged off the start ramp at An Grianan next Friday.
With expected attendance figures set to exceed 75,000, accommodation is at a premium with many hotels and B&Bs reporting being fully booked since early February.
Leading competitor Garry Jennings (whose navigator is Letterkenny man Rory Kennedy) told a story on Tuesday about a call to his office in Kesh that shows just how tight the accomodation situation is.
“A call came through to the office in the morning where a wee woman said she had four beds available,” Jennings said.
“I asked her if it was four bedrooms or whatever and she goes: ‘Nah, I’ve bought four beds and I’ll put them in the living room’. The people in Donegal are so welcoming!”
Joan Crawford, representing Fáilte Ireland, said the event was ‘the largest we have in terms of both accomodation and length of stay’.
She said: “The Donegal Rally has always given June a boost, but we have seen a big increase in visitors this year. There is a long waiting list in the Tourist Office for accomodation so we’re expecting a bumper year.”
The event has been without a title sponsor for the last two runnings, but Joule have been secured on a three-year deal to become only the third sponsor of the event following on from Shell and Topaz.
“We are very fortunate to have achieved another bluechip sponsor,” said club official Damian Crawford. “The search was awkward, but we think this partnership holds a lot of promise.”
Footage of the event will go out in 44 countries with hoped-for audience of up to 12 million,
“It’s the biggest international coverage of the event ever,” said Mick Bracken from On The Limit Sports.”
The three days feature road stages of 300km over both classic and contemporary stages. From the lush green fields of Carnhill, through the open bog around Glen to those fabled loops of Atlantic Drive and Fanad Head that draw the event to a close, all via the king of them all, Knockalla.
“Donegal is just a step above everything else in rallying,” said three-time winner Eugene Donnelly.
Around 400 marshals will be on duty over the weekend.
Clerk of the Course Eamon McGee said: “We want an enjoyable and safe weekend.”