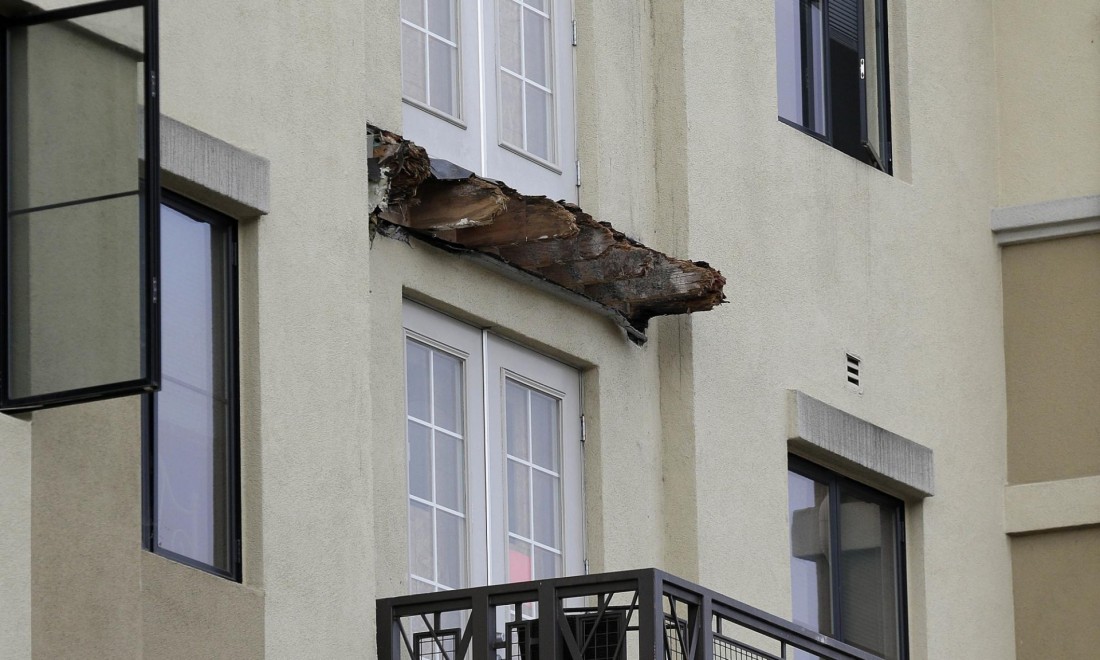 A DONEGAL student was one of those seriously injured in the fatal accident in Berkeley, California, where a fourth-floor balcony collapsed at a 21st birthday party, the Irish Times is reporting today.

Two women, Hannah Waters and Aoife Beary from Dublin, are expected to remain critical over the coming days as they are treated at Highland Hospital in nearby Oakland.
The two Irish women are among seven people injured in Tuesday’s accident.

The names of the others were confirmed as Clodagh Cogley, Niall Murray, Seán Fahey, Jack Halpin and Conor Flynn. They were in a stable condition yesterday.

All seven are aged between 20 and 22 and from Dublin, with the exception of one student who is from Donegal. Two are said to have been injured seriously and underwent extensive surgery on Tuesday.

Speaking from San Francisco this morning, Irish Times journalist, Mr Simon Carswell, said a source in the Irish Consulate confirmed that one of the injured is from Donegal.

A Donegal priest, Fr Brendan McBride, from Portnoo, is comforting relatives and friends of the six students who died.

Fr McBride who runs the Irish Immigration Pastoral Centre in San Francisco, rushed to the hospitals to help counsel the injured and the friends of the dead.

Meanwhile, Berkeley mayor Tom Bates said the balcony collapse primarily was caused by water-damaged wood. Mr Bates said initial findings by investigators suggested the wood was not properly caulked and sealed when the building was being constructed.
It is believed the supports were damaged by moisture as a result. “More than likely, it was caused by rain and water damage that was caused to the support beams,” the mayor said.