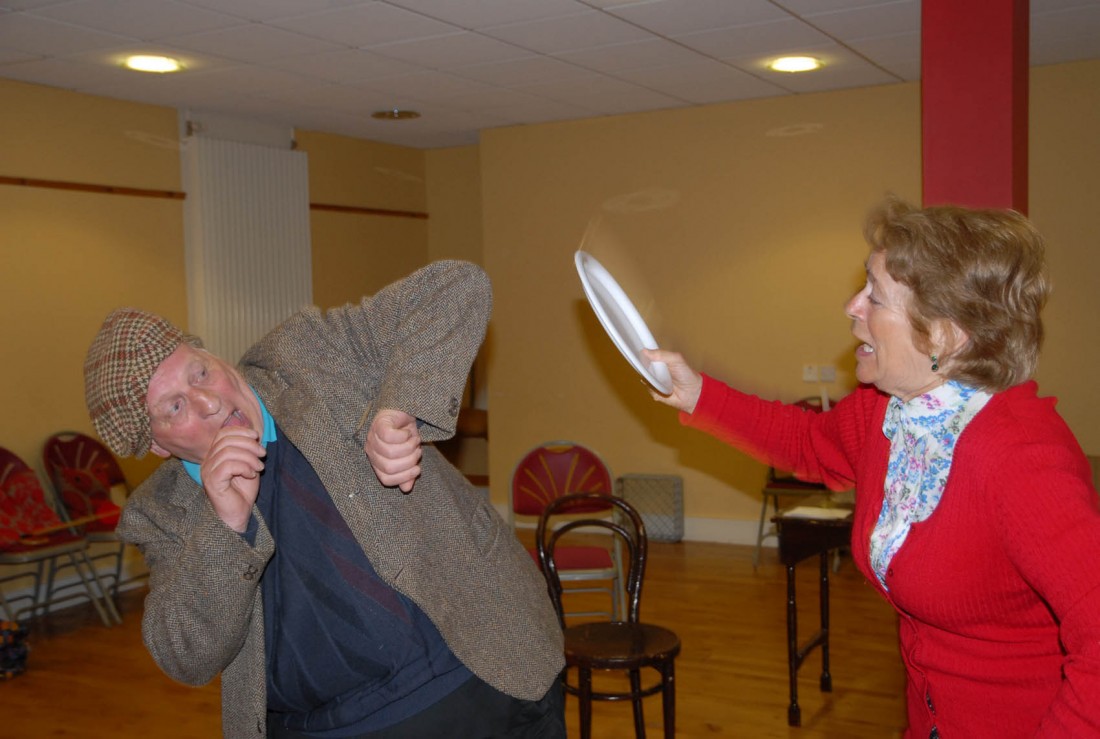 Directed by Eddie Flanagan, it is set in a small fishing village in the west in the 1970s and tells the story of the life and death of Tom Healy.

A ‘character’, he was fond of the drink and, in the end, it was probably his demise. The production includes a ‘real’ corpse Tom who played by Mark Mason.
Tom has left some unusual funeral instructions with the local doctor (Cronan Scanlon).

However, his last wishes do not sit well with his daughter Mary (Bridie Faulkner) and his son Martin (Pauric Duffy), who has just returned from America.

Martin’s return is eagerly awaited by neighbour Joan (Zara Holmes) who has always had a grá for him.

One of the funniest scenes in the play is when 81-year-old Rose (Mary Laverty) calls to pay her respects. Mayhem kicks off as she tries to pry the jaws of the corpse open with a spoon and acquire the false teeth that she’s always admired. 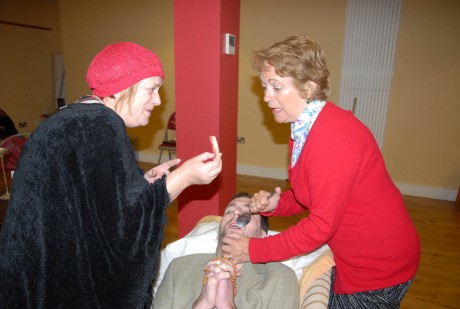 The Parish Priest (Ken Lillis) is joined at the wake by Tom’s friends and neighbours who add to the general chaos.

Barney (Eddie Mulligan), Tom’s life-long friend and drinking buddy, offers to help carry out his last wishes and, as everyone knows, the village drunk isn’t the ideal man for the job.

Great character performances, plenty of drink, quick witted humour, an exorcism and a twist at the end, will leave the audience with plenty of laughs.

The play opens at 8 pm in the Balor Theatre on Wednesday, June 24, and runs to Saturday night.

Tom was well liked and there’s a ‘big connection’ of the Healys, so get along to the Balor early, call 074 9131840 for bookings or log on to www.balortheatre.com