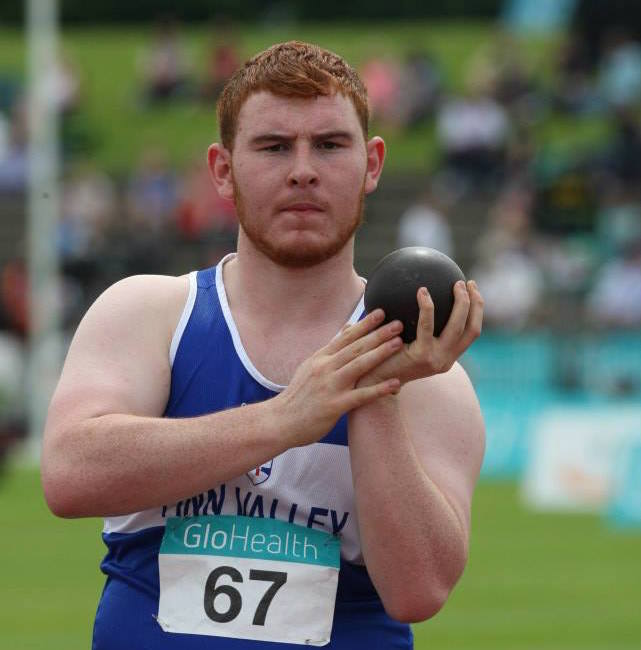 JOHN Kelly reached the qualification mark for the European Junior Athletics Championships with a stunning shot putt throw on Sunday.

Kelly, who hails from St Johnston, recorded his fine throw at the Donegal Athletics Championships in Lifford.

A student at Letterkenny Institute of Technology, Kelly – who is coached by his father, John snr – won the Irish University Indoor title in February.

The European Junior Athletics Championships take place in Eskilstuna, Sweden, from July 16-19 next.

There was further success in Lifford for the Kelly household when James – John’s younger brother – set a new personal best, which also happened to be a Donegal and Ulster Under-16 record. Kelly reached 17.81 metres with a 4kg shot.

The Irish record of 17.86m is held by Paul Quirk of Crusaders and is the oldest record in Athletics Ireland books. Kelly is just 5cm away.