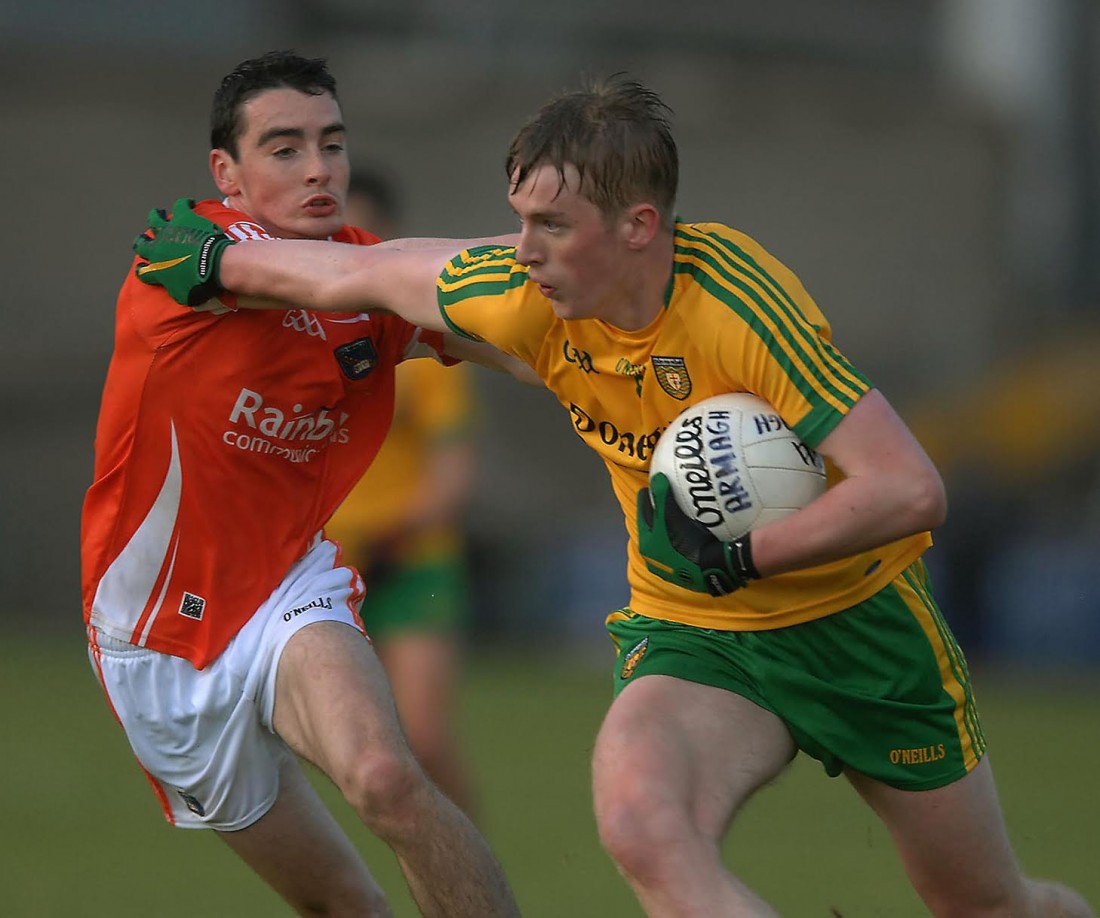 BY CHRIS MCNULTY AT THE ATHLETIC GROUNDS

AT times in was played amid an Armagh monsoon, but in terms of the scores here the flood gushed in only one direction.

Declan Bonner’s Donegal minors are an hour away from returning to the Ulster final after swatting battling Armagh aside.

Second-half goals by the Ó Baoill cousins, Naoise and Dáire, from Gaoth Dobhair saw Donegal score a victory that was as comfortable as it was comprehensive.

After an early arm wrestle, Donegal – spurred by the excellent points of Conor Doherty – finally slammed the Armagh arm upon the table when Naoise Ó Baoill broke for the first goal six minutes into the second half.

Mícheál Carroll forged the opening for the goal, sending Naoise Ó Baoill through the middle and while Caolan Donaghy, the Armagh goalkeeper, got a palm to the effort he was powerless to stop it from trickling to the net.

Donegal had led 0-8 to 0-3 at the short whistle, but it was in the second half where they really took charge of it.

Three minutes from the end, they added the cherry on the cake when Dáire Ó Baoill fired home after a solo run.
Conor Doherty helped himself to seven points for the visitors, who also had strong displays by Rory Carr, Michael Langan and Jason McGee.

Armagh had started well, but the shooting boots hadn’t been laced with Aidan O’Rourke’s side kicking six wides during the first half. They were made pay for that profligacy as Donegal took control and when Naoise Ó Baoill netted it was only a matter of how many they’d win by.

Just for good measure, they added a second goal as Dáire Ó Baoill netted a super goal late in the day.
Bonner’s boys are in the groove again. Derry or Down await in a June 27th semi-final at Clones.