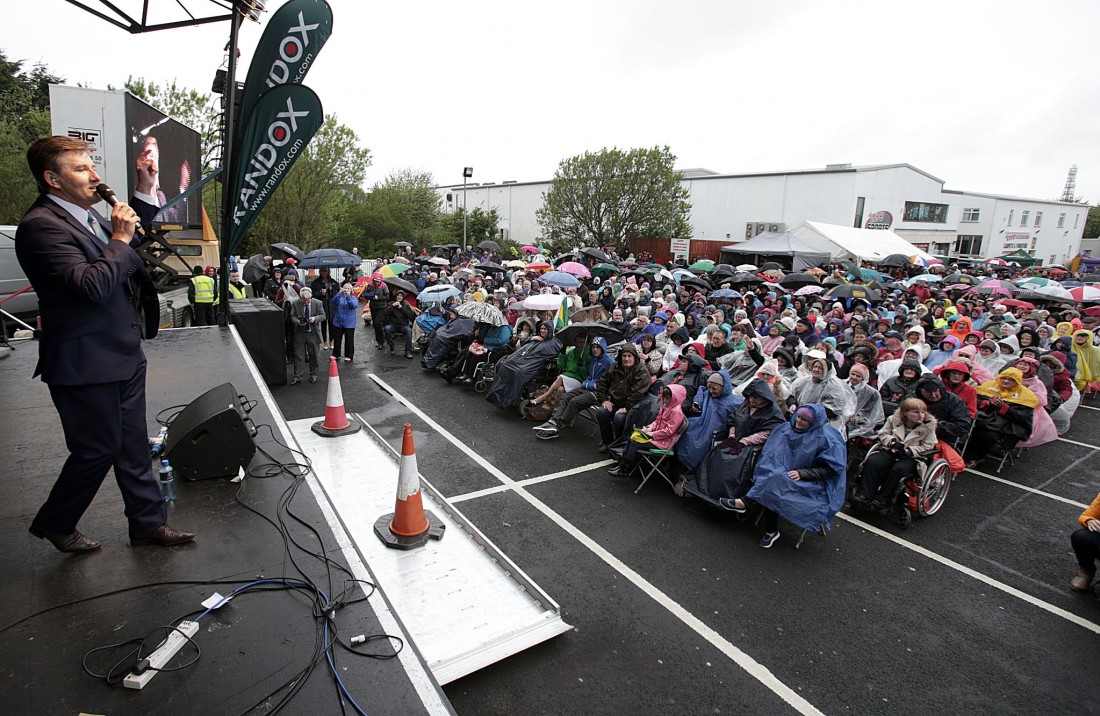 VISITORS from all over the world flocked to Dungloe for what was a huge family event in aid of a very special cause yesterday.

Daniel O’Donnell was main attraction at the open air charity concert in aid of Dungloe Community Hospital at The Cope Car Park off Main Street which was filled to capacity despite the rain and the wind.

As it was the popular Kincasslagh singer’s only concert during his current 18-month break fans came from all over Ireland, the United Kingdom, The United States and Canada.

It was a very emotional day for Daniel and his extended family as it was also the first anniversary of his mother Julia’s passing.

See tomorrow’s Donegal News on Monday for extensive pictorial coverage from the event. 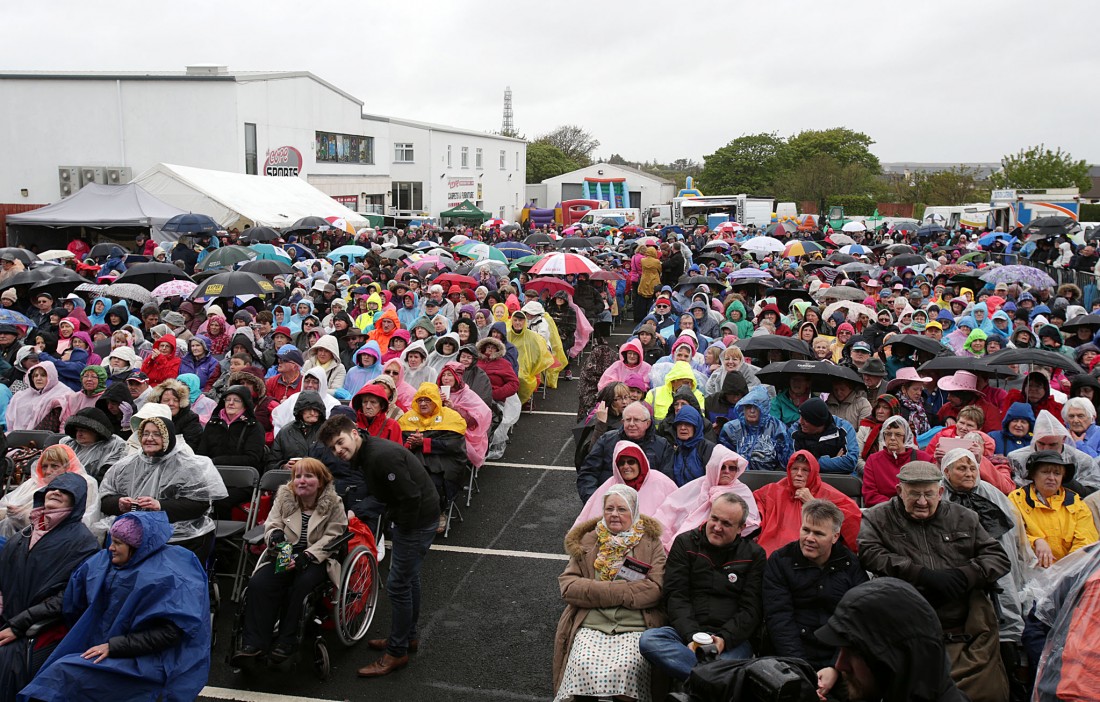 A section of the large crowd at the special concert in Dungloe.