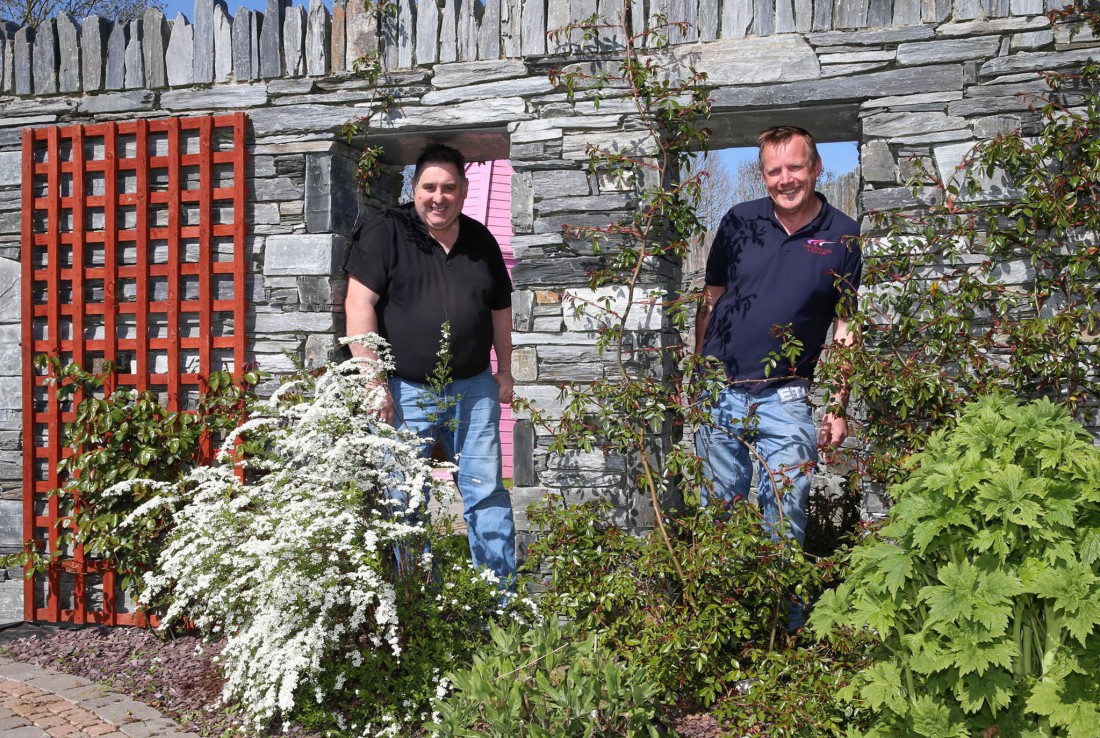 BY KATE HEANEY
NEXT week’s North West Garden Show in Castlefin is expected to attract in the region of 20,000 visitors as the show goes from strength to strength.

While each year has seen a new addition added including the White House Oval Garden and the Seven Senses Garden, the latest new area being worked on this week is the Beer Garden – an outside room where people can relax, but with no beer (CPI policy).

The Donegal News visited the site this week where in glorious sunshine committee members Michael Carlin and Steven Kennedy were working hard getting everything ready for their first visitors. The North West Garden Show will be held on Saturday and Sunday May 23 and 24 and promises something to attract all age groups.

The local committee who run the show under the auspices of the Castlefin Partnership are now looking for younger members of the local community to get involved.

Speaking to the Donegal News Mr Carlin said they are thrilled with the success the show has achieved since it started six years ago. “Now we would like to see young blood with new ideas getting involved to continue it on,” Mr Carlin said. 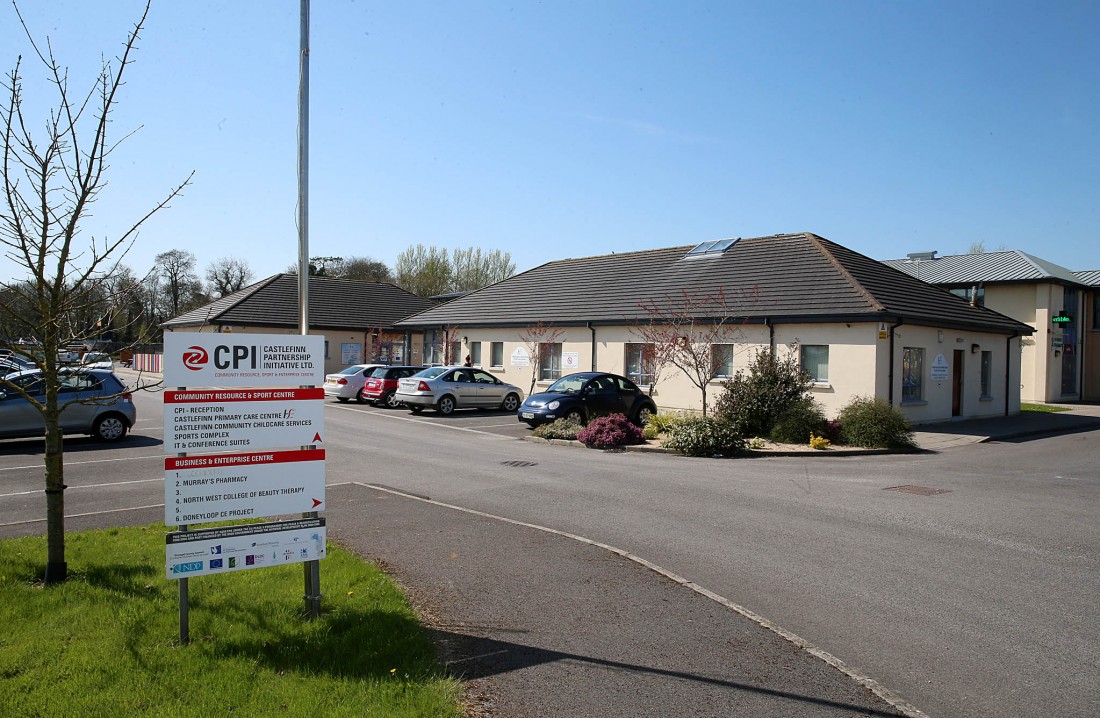 Background
Mr Carlin paid tribute to those who began the Castlefin Partnership Initiative back in 1999 and came up with the idea of the garden show to help fund their operation. They were the late Jack Kennedy, Mickey Gamble, the late John White, Patsy Callaghan, Brian Gallagher, the late Patsy Friel, the late Cecil McBride, Eugene McMullen and the late Barney Tinney.

“This really is a tribute to their ideas and vision,” Mr Carlin said.
To date some €3.5 million has been invested between the CPI building and the gardens. The site which was once so swampy that cattle couldn’t even graze on it, now boasts allotments, an unusual aviary, a herd of pygmy goats, Shetland ponies and of course the garden show and gardens.
They plan to open a farm shop where produce grown in the allotments and the poly tunnel can be sold to the public.

“It’s amazing people right beside us don’t even know that we exist, yet we attract visitors from far away. The only cost of the development to the local people was in the region of €120,00 over the past 15 years.
“The one thing we didn’t want was to be out torturing local people about buying tickets. We were very fortunate in that many funding agencies helped us along the way,” he added. 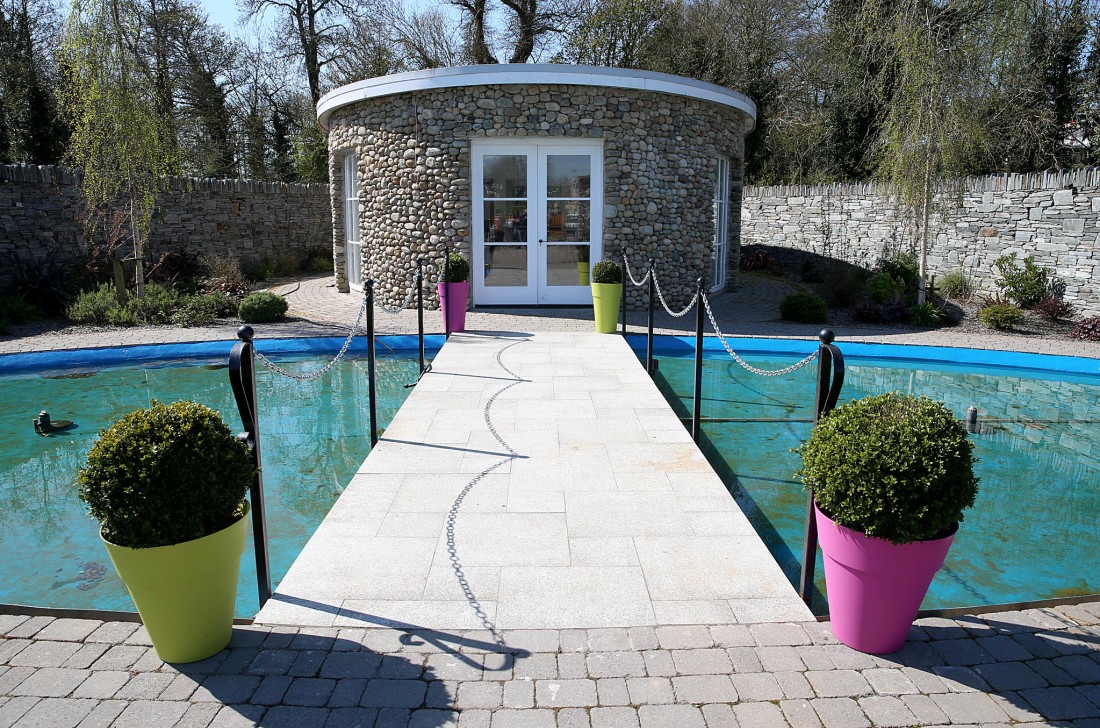 A section of the White House Garden and pavilion.

Calming place
The White House Garden and the Sensory Garden both provide an area of calm for visitors. The beautiful flowers and shrubs contrast well with he local slate type stone walls and the Cranford sandstone.
ON approaching the Whitehouse Garden you almost expect Barack Obama to be looking out the window. It is a very lovely building both inside and out. Mr Carlin explained that it had become popular with local bridal parties as a backdrop for photographs.
As word spreads about the garden, the committee is now seeing up to 200 visitors on a Sunday in summer.

What community wants
When the project began the original committee asked the community in Castlefin what was needed, because at that stage they were leaving in droves. “Over the years they provided a pharmacy, doctor’s surgery, a crèche, after school services, indoor sports facilities and a multi-purpose hall.Now the garden show helps to fund what we do as we don’t get on-going funding from any state body,” he added.

Admission to this year’s show will be €8 for adults, €5 concessionary and children are free. Entrance tickets are then entered into a draw for a wide range of prizes. 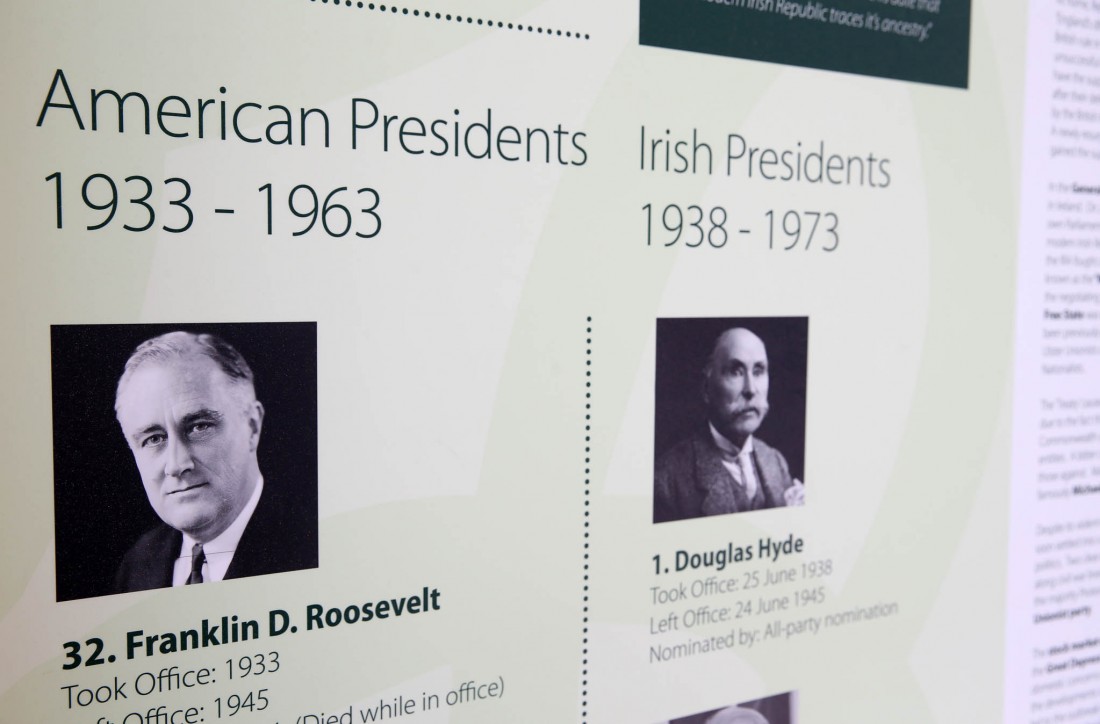 The pavilion houses an extensive history of American and Irish presidents.

Sheep to Chic
There will be a lot of interests this year in the Sheep to Chic aspect of the show where a sheep will be sheared, the wool spun and an Aran sweater knit there and then under the supervision of local wool designer Edel McBride.

Her ‘Crafternoon’ sessions in the Whitehouse’s Oval Office have proved popular also. People can learn a skill and enjoy a traditional afternoon tea. You can also read about the various incumbents of White House over the years including those with Irish roots.

There will be live cook demonstrations from the no salt chef Brian McDermott, from Colin McMenamin of the Red Pepper, Paula McIntyre from the BBC and the chef from award-winning Harry’s Restaurant in Bridgend – Derek Creagh.

“Without the support from the community and the hundreds of volunteers who help us to run the two-day show, it would not happen. People really do pull out all of the stops to make it such a huge success.
“I also want to thank the funders, county councillors past and present their support and everyone who has made it possible.

“WE look forward to future garden shows where the next generation put their ideas into practise to help their community,” Mr Carlin said. 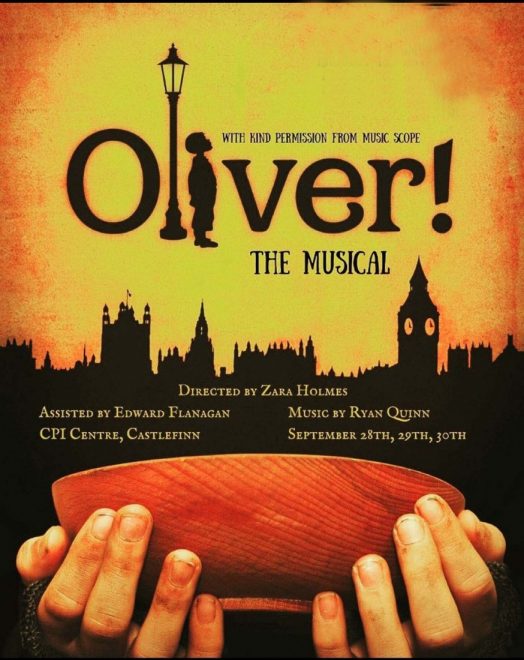 Adult auditions for ‘Oliver’ in Castlefin

ADULT auditions for the upcoming production classic musical ‘Oliver’ will be held in the CPI Centre, Castlefin this Thursday,...