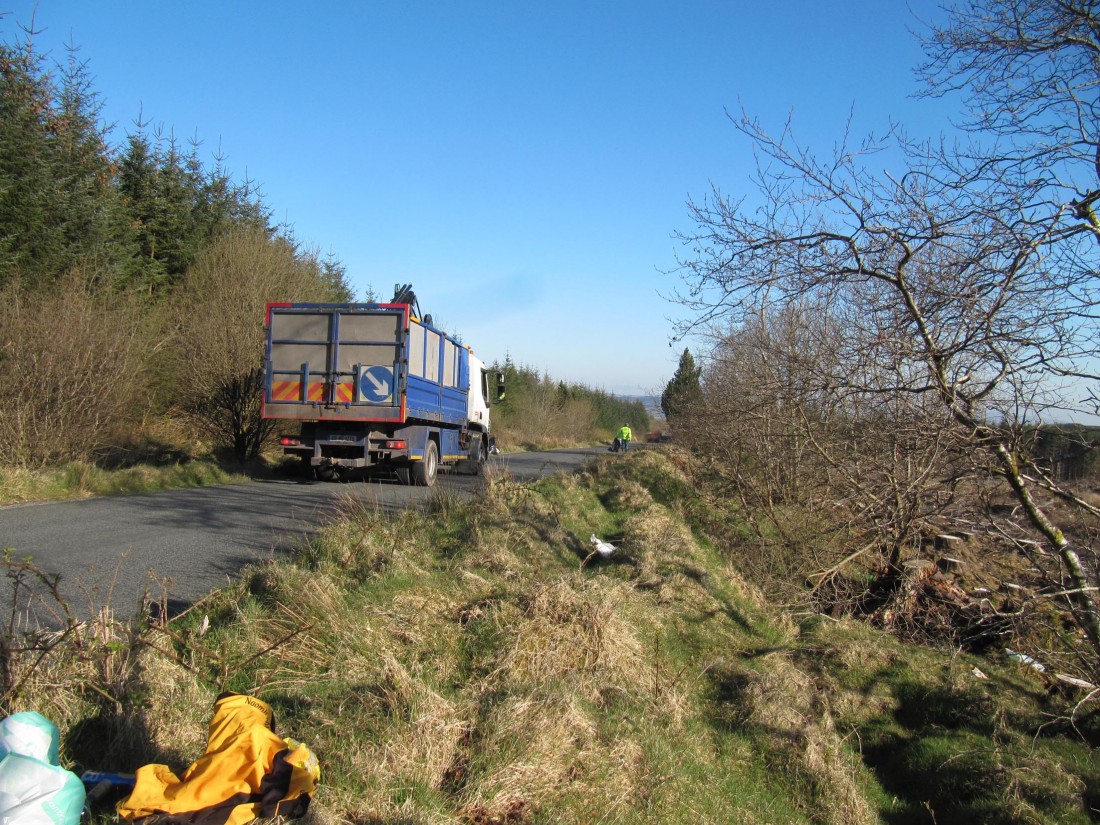 Another lorry load of illegally dumped rubbish is taken away.

By Cronan Scanlon
RESIDENTS have expressed their disgust at those who dumped tonnes of rubbish along a short stretch of a scenic road near Letterkenny.
A spokesperson for Donegal County Council confirmed its environmental workers removed more than three tonnes of illegally dumped waste from a one kilometre section at Corravaddy, on the back road between Drumkeen and Letterkenny.
They spent two full days cleaning the roadside from the entrance to Corravaddy Woods to the townland of Trentaboy.
Local residents had planned a community spring clean, however, they were overwhelmed by the amount of rubbish dumped and were forced to call in the council.
“People, for some reason, are always choosing this stretch of road to dump their rubbish,” said one resident who did not wish to be named.
“We were going to clean it ourselves, but there were bags upon bags as well as furniture and mattresses. The litter warden told us it was one of the worst cases he has witnessed in all his years. The council did a great job and we very grateful to them.
“However, it’s about time the people of Donegal took action. Let’s face it, rubbish is not being dumped by aliens from outer space. It’s being dumped by Donegal people and there is no one else to blame. So, it’s about time people started picking up the phone and reporting these ignorant people who seem intent on destroying our beautiful county.”
A council spokesperson told the Donegal News the lorry loads of waste included a mixture of household waste and recyclables including bottles, ironing boards, plastics, childrens’ toys and clothes.
“The council can also confirm that signs warning of possible detection by hidden cameras have been erected at the site.
“We are currently investigating this illegal dumping and every effort will be made to identify those responsible.
“Donegal County Council would like to remind members of the public that littering or disposing of waste in this way is illegal and you could face prosecution,” the spokesperson said.
Members of the public are encouraged to report any illegal dumping by contacting the council on 074 91 53900 or online at www.donegalcoco.ie