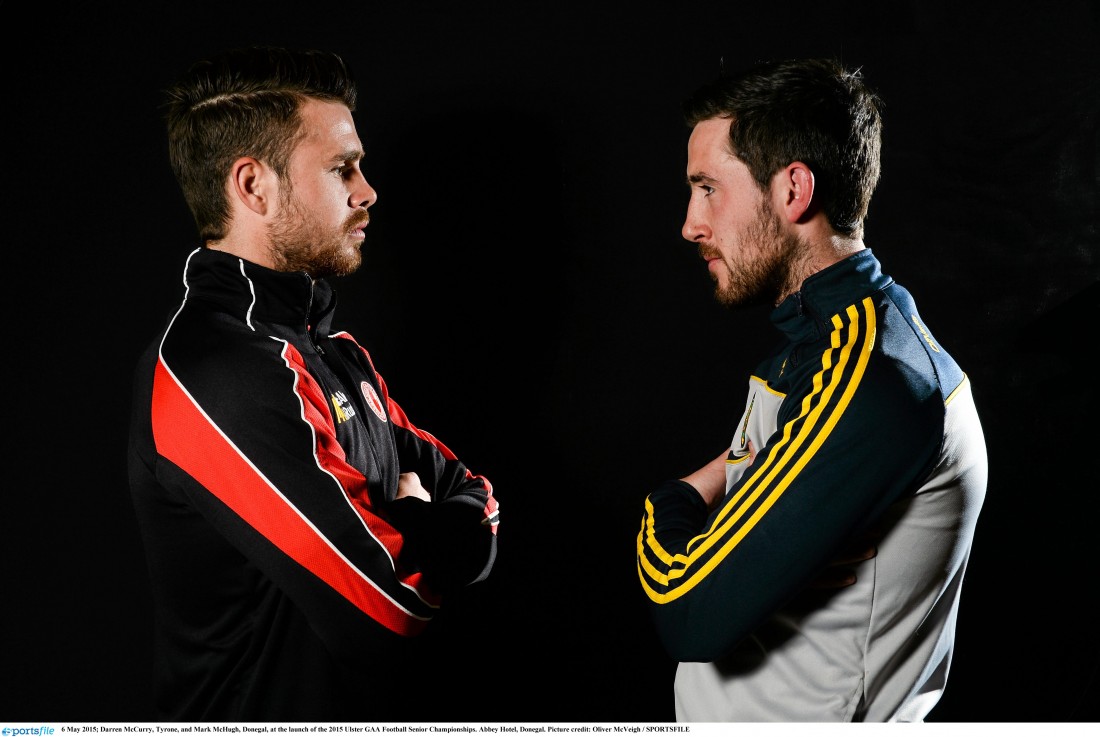 One of the summer’s most eagerly-awaited ties is upon us – and we’re only at the Championship’s first hurdle.

Sean MacCumhaill Park will be swollen to its seams  when Joe McQuillan throws the ball into the Ballybofey bearpit at 4 o’clock, launching Donegal and Tyrone to battle.

It will be their fourth Championship meeting in five years and Donegal have taken victory in the previous three. Rory Gallagher takes charge of Donegal for the first time in a Championship encounter while Mickey Harte is ready to commence his 13th straight summer as Tyrone’s guiding light.

The stakes could hardly be higher.

Donegal have won three of the last four Ulster titles and are the defending champions. The Anglo Celt Cup goes on the line on Sunday, but Gallagher has a full squad from which to select his combatants.

Martin McElhinney, Paddy McGrath and Mark McHugh have all overcome recent injuries and have been declared fit for action, but Tyrone have had concerns over the fitness of goalkeeper Niall Morgan and captain Sean Cavanagh in recent weeks.

The Donegal team will be released around 9 o’clock on Friday night, Gallagher confirmed. MacCumhaill Park will be sitting at its 17,000 capacity for what’s expected to be a ferocious battle.

“A very limited amount,” was the sum total of the tickets available this afternoon according to Donegal administrator Noreen Doherty.

“We’re on course for a sell-out,” confirmed Ryan Feeney the Ulster Council’s Head of Community and Public Affairs.

Tickets will be on sale, on www.tickets.ie and in Centra and SuperValu outlets, until 12 midnight on Saturday or until they’ve all been snapped up. No tickets will be available for purchase on match day with the full house signs set to go up.

Mr Feeney said: “This is what we expected given the two counties that are involved here and we are now very close to the game being completely sold out.”