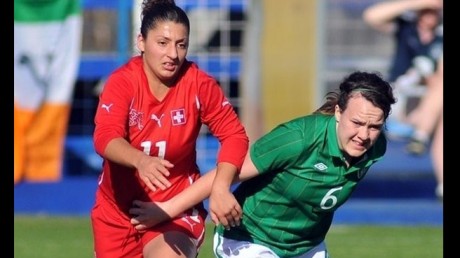 Ciara Grant in action for Ireland

CIARA Grant looks across the corridor from her apartment on campus at UCD and smiles at how their journey has brought them within feet of one another again.

Grant is a full-time medical student, now in the fourth year of a six-year course.

Mark English was a class-mate of Grant at Woodlands National School. Now, the double European 800m medalist is ‘just across the hallway’ from Grant, who won her 15th cap for the Republic of Ireland senior team on Sunday night when she came on as a sub against the United States of America in a 3-0 loss at the Avaya Stadium in San Jose.

Grant and English were talented in whatever field they laced the spikes, runners or boots before settling on their chosen sports.

“People used to joke about there being something in the water in Woodlands,” Grant said, speaking from America to the Donegal News this week.

“Mark is a great athlete and he trains so hard. He’s so focussed too. We always had good football teams in Woodlands. Any time Mark would turn up, we’d kick the ball anywhere and he’d get it because he was so quick!”

English is in his third year as a medical student. Both have had to learn to manage their timetables impeccably.

Grant has one exam remaining this year having completed the rest in March and when she returns from America – where Ireland defeated Haiti on Wednesday night, winning 1-0 with Grant an unused sub – she’ll be back into work placement at St Vincent’s University Hospital.

She says: “It’s not too bad combining sport and study. It takes a lot of organisation and planning, but the College is very accommodating and they couldn’t have been better with the work experience. They are very good at liaising.”

Before she decided to commit full-time to soccer, Grant dabbled in other sports.

For seven years, she played Gaelic football for Donegal, lining out for two campaigns with the senior team. She was a talented basketball player, lining out as a point guard for Letterkenny Blaze and also with Loreto Convent, with whom she reached an All-Ireland semi-final.

She says: “I just had to give them up because it was getting too much to juggle. I’m glad now that I went with the soccer.

“Soccer was always going to be the winner in fairness, but playing Gaelic and basketball did help. Without me really knowing it, I was constantly improving my all-round game and ability. At basketball, my sharpness was getting better and playing Gaelic really helped my athleticism, power and skill.”

She grew up playing for Lagan Harps, playing with the Orchard Park outfit from Under-12 all the way up to senior level under the watch of Bríd McGinty. Also at senior level, she turned out for Kilmacrennan Celtic, with whom she won a WFAI Intermediate Cup title.

Having played for Raheny United she now plays for UCD Waves, who lost to Raheny in the WFAI Senior Cup final in 2014. In 2013, Grant scored a wonderful two-touch lob at the Aviva Stadium as Raheny defeated Castlebar in the Senior Cup final. In doing so, she created history, becoming the first scorer of a WFAI Cup final goal at the Aviva, a stunning effort from outside the box flying past ‘keeper Caoimhe O’Reilly.

Grant played for the Republic of Ireland Under-17 side in the World Cup in Trinidad and Tobago in 2010, the same year the girls in green reached the final of the European U-17 Championships in Switzerland before losing to Spain on penalties.

In November 2012 against USA in Portland, Oregon, Grant made her senior bow. She has been regular member of Sue Ronan’s squad since. On Sunday night, Grant was again back in action against USA, who are preparing for next month’s World Cup in Canada.

“Sunday was just brilliant,” she says.

“We knew that we were going to be up against it in the game. We were beaten 3-0, but the experience was excellent. We knew it would be sold out, but going in with 18,000 watching us was just something else. The Americans go all-out, don’t they? Even way before the game they were ‘tailgating’ as they call it, meeting up in the carpark for drinks and food.

“The stadium was filling up rapidly and it was packed by the time the game started.”

Grant came on at half-time with Ireland harshly finding themselves 2-0 down.

They broke the deadlock in 42nd minute when Abby Wambach made it clear why she is the all-time international leading goal scorer in both male and female football, as she coolly slotted the ball into the unattended Irish net. Wambach doubled her sides lead moments later for her 180th international goal.

Grant says: “We were so close to holding out until half-time. We worked hard and stuck to our game plan. We were missing a few key players and they were about 30 days out from a World Cup that they’re hoping to win.

Every single one of them is a professional player and their strength, skill and power is at a completely different level.”Ireland were missing the likes of Niamh Fahey, Emma Byrne, Sophie Perry, Diane Caldwell and Louise Quinn for the game.

Grant’s mind now turns to the World Student Games in July when she travels to South Korea with the Irish Colleges team. Thereafter, all focus goes on the Euro 2017 qualifiers with Ireland paired alongside Spain Finland, Portugal and Montenegro.

“My ultimate goal is to get really integrated in the squad for those games,” she says.

“I’m happy with where I’m at. I’m coming near the end of a long haul of football. The qualifiers are in September and our first one is at home to Finland. It’s all about getting in the hard work and taking every opportunity when it comes.” 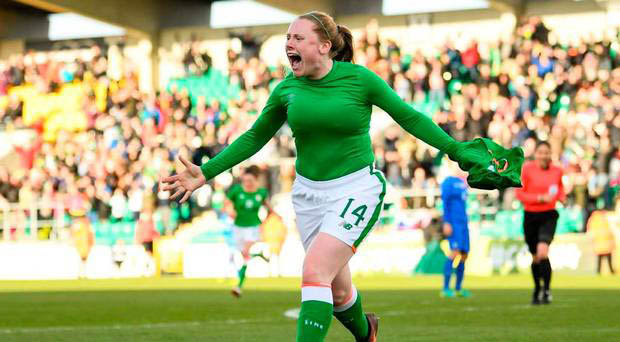 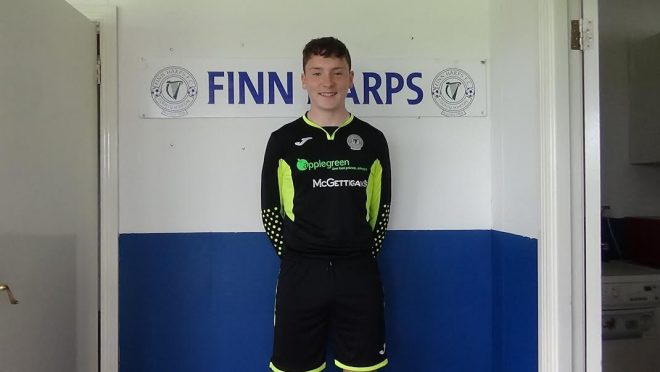