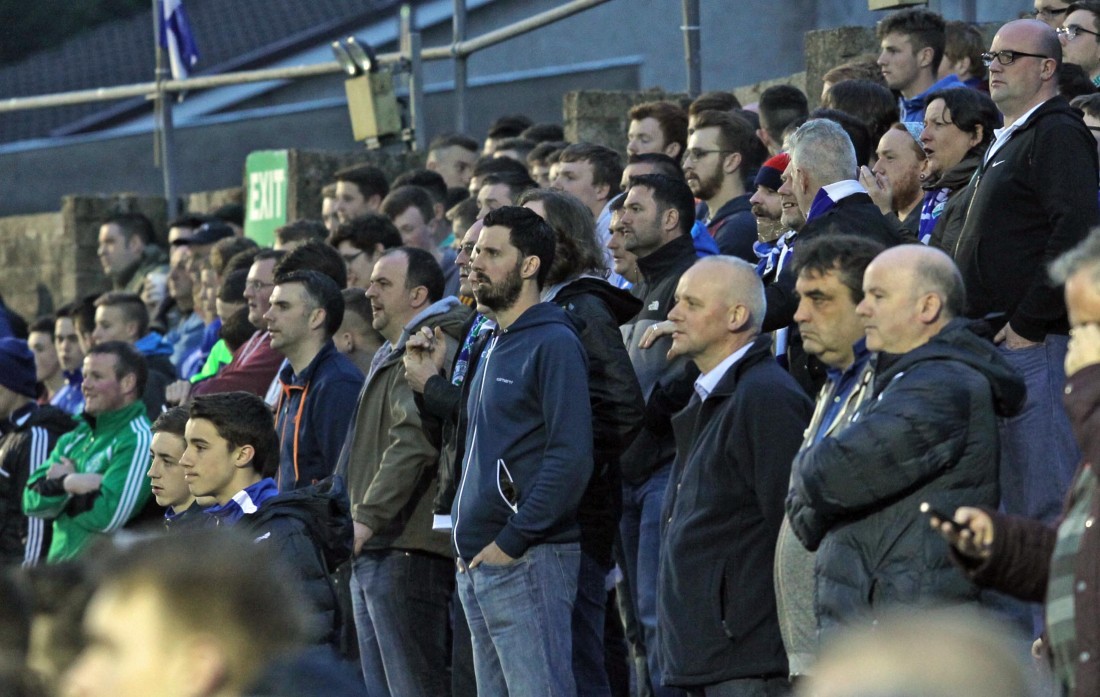 A section of the crowd on the Town End terrace at Finn Park. Photo: Donna El Assaad

The goal was McHugh’s 180th in Harps colours and it came on a night when the biggest crowd of the season converged on Finn Park.

See below for a clip of the captain’s goal, courtesy of the club’s official Facebook page.