Advertisement
HomeSportSoccerKevin McHugh: “There is a feel-good factor at Finn Harps again”
Advertisement 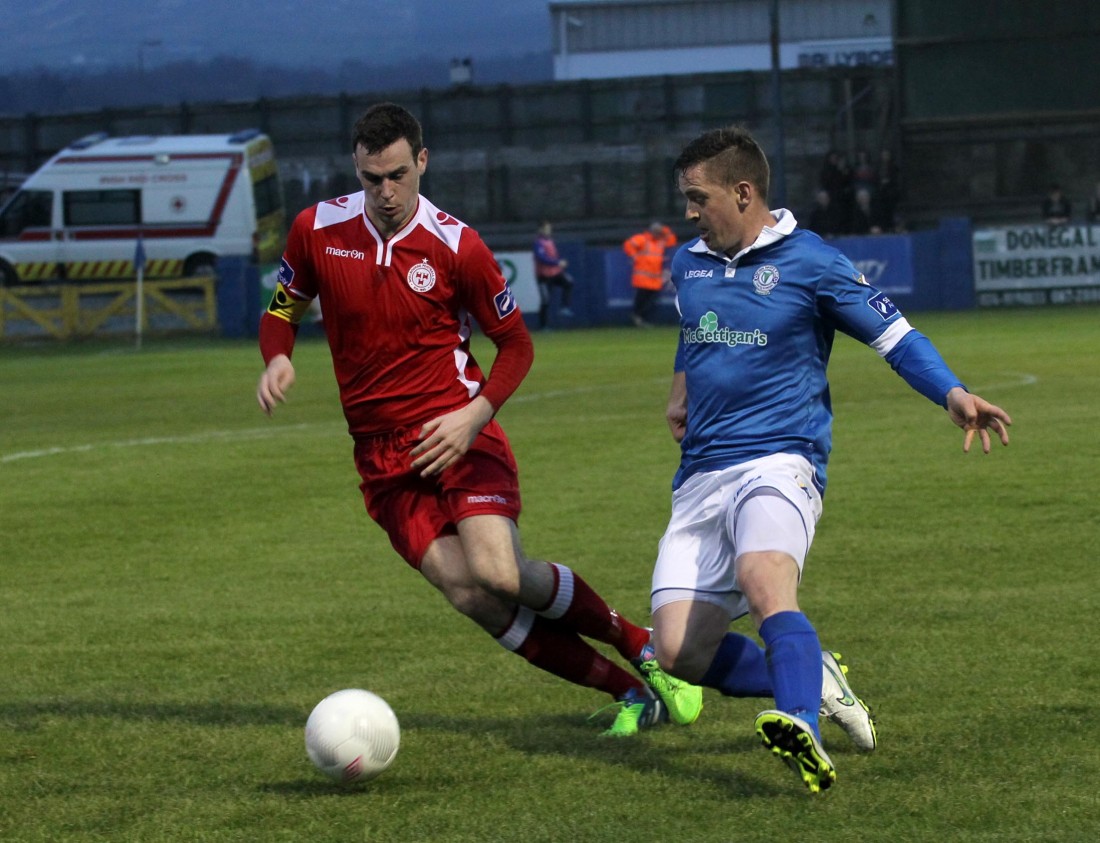 McHugh’s 80th minute penalty gave Harps a 1-0 win over Shelbourne in Ballybofey on Friday night, preserving both their unbeaten start to the season and their five-point lead at the top of the table.

It was the third 1-0 win in succession for Ollie Horgan’s side and the clean sheet was their seventh in their eight games. With a big crowd in attendance, Harps will hope to continue their good run when they travel to Cabinteely FC on Friday night.

“It’s all about winning, let’s be honest,” McHugh told the Donegal News.

“The longer we can continue that, the better.”

And the veteran striker had a message for the club’s dissenters.

He said: “It became too fashionable for people to knock Finn Harps. They could criticise Finn Harps so much and that used to really bug me.

“Now, there is so much good about the club, for example look at the big crowd of youth players we had here tonight with the academy players paraded to the ground.

“There is a feel-good factor here again.”

The goal was McHugh’s 180th in Harps colours on a night when he went joint third alongside Paddy McGrenaghan in the appearances list (it was his 393rd game).

He said: “I love scoring goals that mean something.

“If we win 5-0 and I score a hat-trick, it doesn’t mean the same. These ones are as good as any. We’ve got a few of these recently. We’ve been digging in and we’re using our heasds a bit more.”

Wilfried Tagbo is available again for Friday’s game against Cabinteely having served a one-game suspension. Following a hearing with the FAI’s Disciplinary Committee, Tagbo has not been given an additional ban. Brian McGroary (groin) will miss out while Packie Mailey is still some way off a return to full fitness.