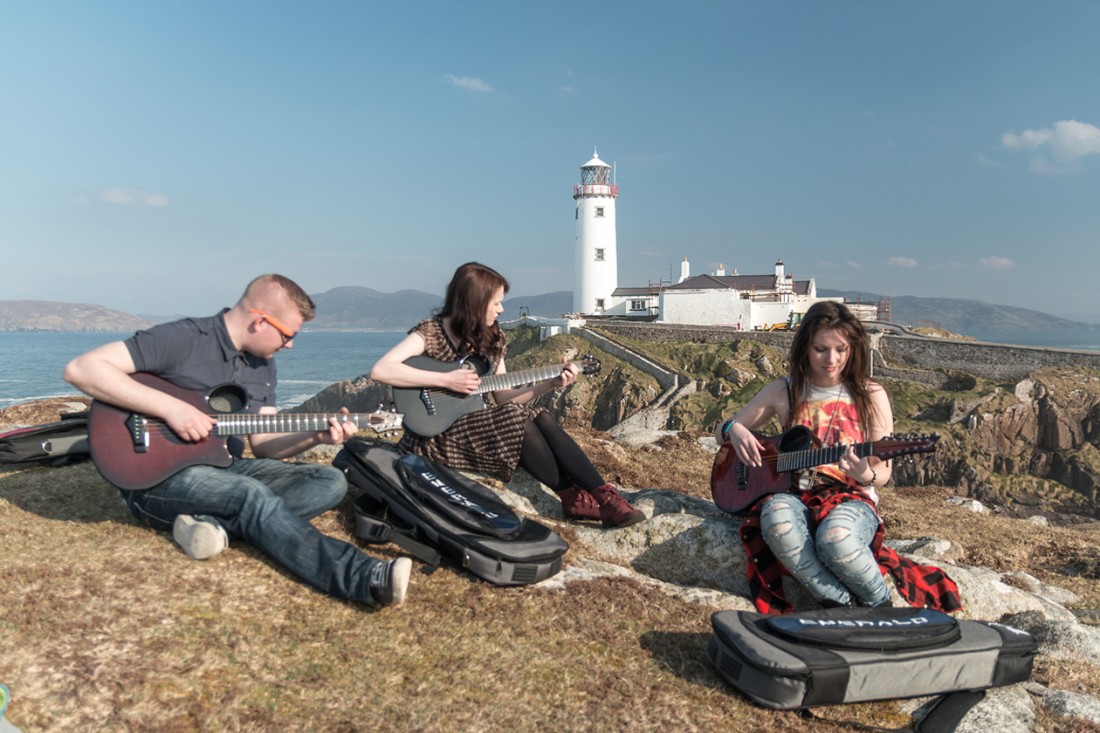 BY SEÁN P. FEENY
LAST week a group of talented musicians took advantage of the recent beautiful weather and went on a tour of North Donegal with a set of unique guitars.

Drumkeen intrumentalist Simon McCafferty and Letterkenny singers Karen Kelly and Deirdre McLaughlin set off from the Cathedral town to play a fantastic set of Emerald Guitars in some of the most picturesque places in the area.

Emerald Guitars is a St Johnston-based company known throughout the world for its hand-made carbon fibre instruments which are played by some top class artists including Steve Vai.

On their tour, the three musicians passed through Ramelton, Rathmullan and made their way up to Fanad Head where the trip came to an end.
Simon, Karen and Deirdre, of course, played many tunes along the way culminating with a jam on the Emerald Guitars overlooking the famous lighthouse.