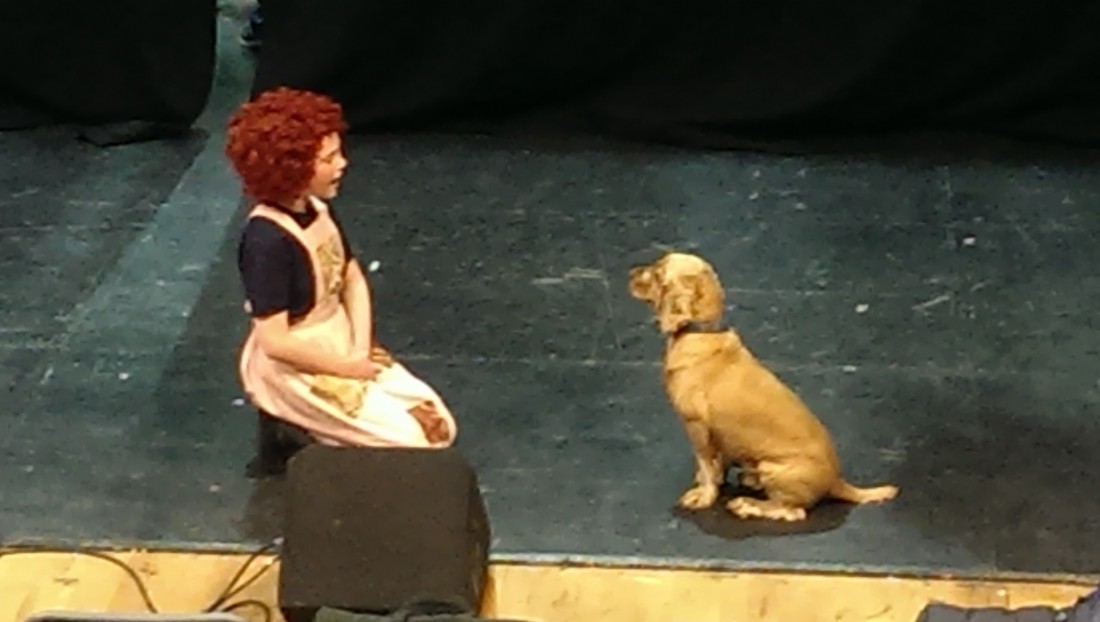 EXTRA dates have been added to Balor DCA’s production of ‘Annie – The Musical’ due to unprecedented and phenomenal demand.

The show opened last Thursday, April 16 and has played to full houses, standing ovations and rave reviews at every turn.

Under the direction of Kieran Quinn with musical direction by Denise Roper, Annie has been a phenomenal success.

With every show in the nine-night run to Sunday, 26th sold out by Monday afternoon last and a waiting list growing by the minute the Balor Arts Centre was left with little choice but to schedule extra nights.

Manager, Conor Malone said: “The response to this show has been unprecedented in my eleven years here. And richly deserved. It’s an outstanding production and each night I’m constantly amazed at the performances on the stage.”

Over 1,600 people young and old have been through the Balor Arts Centre doors to see the amazing cast of Annie.

With Brenda Carr in the role of Annie and Peter Byrne as the unmistakeable Daddy Warbucks and a cast of 30 giving the performances of their lives, Annie The Musical has gone straight to the heart of audiences across the North West.

Annie the Musical will take to the stage for two extra nights – Wednesday 29th and Thursday, April 30. Don’t miss out on the musical of the year, call Tel (074) 9131840 or balorartscentre.com.