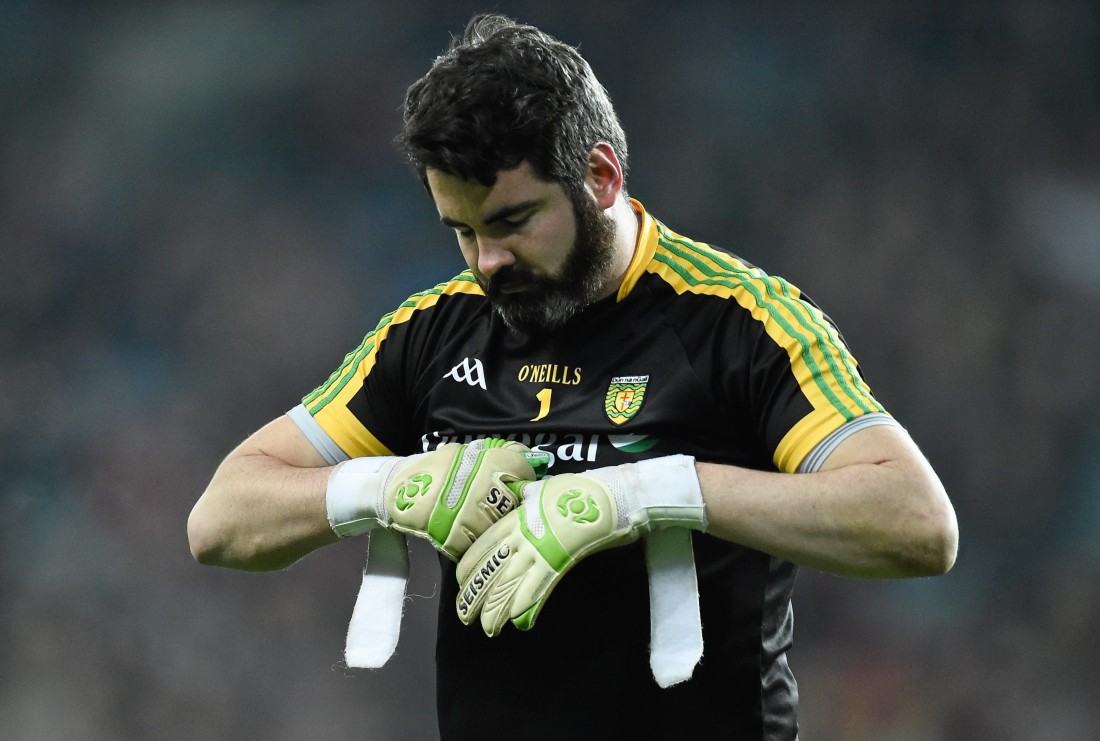 The 30-year-old’s transfer from Four Masters to the Firhouse Road-based club has yet to be officially ratified, but it appears imminent.

Durcan, an All-Star in 2012 and again in 2014, is now based full-time in Dublin where he works with 3D Personnel, a construction recruitment company.

Four Masters sources have indicated that they have yet to speak to the player, although a Ballyboden St Enda’s spokesman yesterday told the Donegal News that Durcan’s transfer was in the early stages of being processed.

“Yes, it is in process and while it hasn’t been formally approved, it is something that is likely to happen,” the spokesman said.

The Ballyboden spokesman added: “We would have a strong Donegal connection through the club. Paul is residing full time now and there is a huge commitment in traveling back to Donegal.”

While Durcan’s club transfer seems likely to go through in the coming weeks, the Donegal town man will still line out for the Donegal senior footballers.

Last Saturday, Durcan and his wife, Edel, were involved in a minor car crash between Aughnacloy and Ballygawley as they made their way to Donegal from Dublin.

Durcan missed Sunday’s win over Tyrone and seems set to sit out this weekend’s game against Mayo in Castlebar.

However, Donegal manager Rory Gallagher says Durcan is in good spirits for the first time since the All-Ireland final, when Kieran Donaghy intercepted his kickout to score Kerry’s second goal.

“Paul is very happy and enjoying it at the moment,” Gallagher said.

“It was unfortunate that he was in the car smash last weekend, but Paul’s fine and, I feel, for the first time maybe since the All-Ireland, that he’s content and is enjoying it again, which is great for us.”