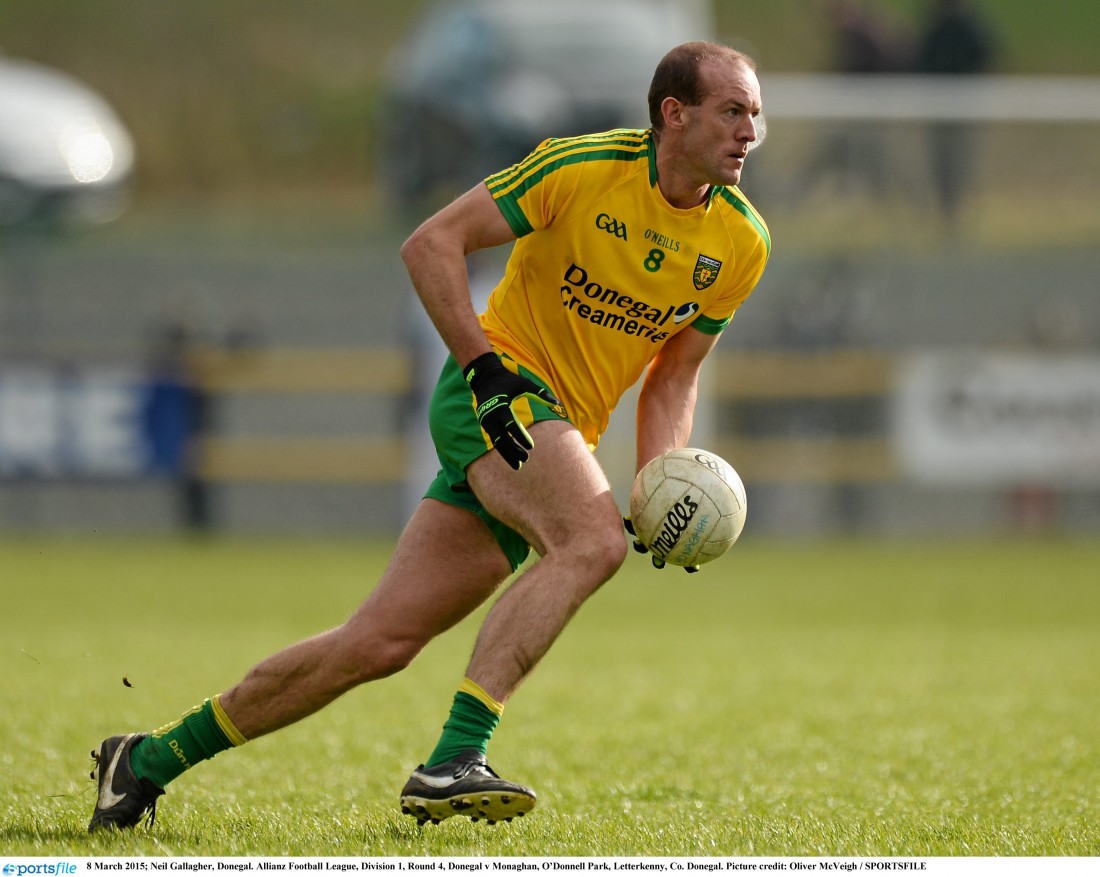 NEIL Gallagher and Mark McHugh returned to full training on Tuesday night as Donegal’s preparations for their May 17 showdown with Tyrone gathers pace.

Gallagher (hamstring) and McHugh (ribs) sat out Sunday’s Allianz League semi-final defeat by Cork at Croke Park because of injury, but the duo were back in action on Tuesday night as Donegal manager Rory Gallagher put his squad through an intense session at the Centre of Excellence in Convoy.

All-Star midfielder Gallagher had been suffering from a slight hamstring strain in the last fortnight and wasn’t risked against Mayo or Cork, nor was goalkeeper Paul Durcan, whom Gallagher said he ‘erred on the side of caution’ with.

The Donegal boss told the Donegal News this week: “Neil was moving well all last week, but we took the approach that he’d be better to get some rest at the weekend.”

Gallagher, who now has a full compliment of players at his disposal, said: “Having no injuries is a massive plus. We have got to now with no serious injuries so hopefully that continues. We’re really fortunate because it means that we can really push on with our intense training now.”

The Donegal management had hoped to give Darach O’Connor a game against Cork, but the Buncrana man suffered a ‘bang to the knee’ in last Wednesday’s Ulster Under-21 final against Tyrone at Celtic Park.

Gallagher said: “We had Darach ear-marked to play, but he got a wee set back although it’s nothing too serious. He is certainly a player that we have high hopes for. David Walsh, too, has fought back very well from a hip injury and will be there too.

“Those players have a lot of first-team football played and we fell that they will be pushing very hard to get into the first 15-19 players for the Championship.”

The Donegal boss may tweak his squad slightly a month out from the clash against the Red Hands and there remains the possibility that he could add some of the Under-21 panel to his senior ranks.

Gallagher said: “It’s something we will take a look at, bringing lads in and we might look at some players in game situations if we bring them in. We are in a period of quite intense training at the moment.

“I have an open mind to it really. A settled team is never a thing that has to be there. We’ll see who is pushing hard over the next couple of weeks and we’ll take on the information we’re getting between now and then. It doesn’t matter who you are, you have to prove yourself every single night.”