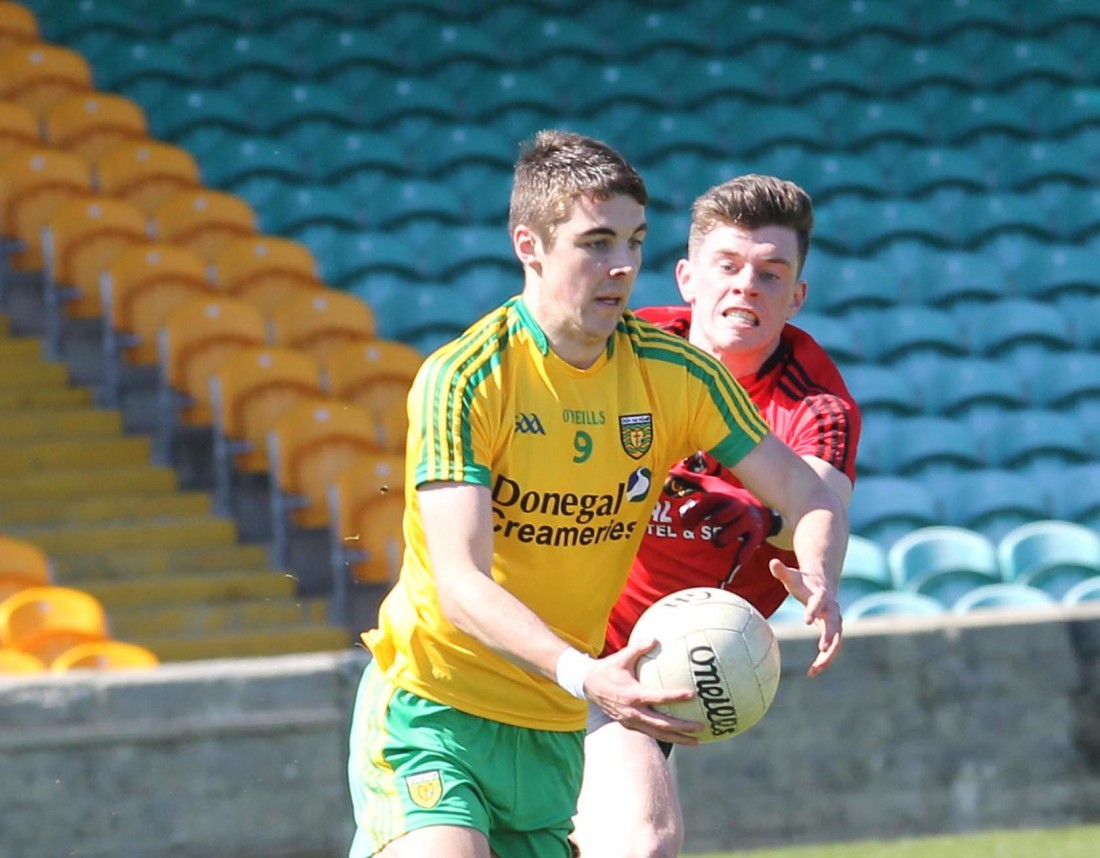 AS a sales representative with the Findlater Wine and Spirit Group, Declan Bonner travels quit a bit of the country.

This week, for instance, he spent two days at a conference in Kilkenny. His work brings him into people from all walks of life, but his contacts within the GAA have increased significantly through his dealings. Kerry football goalkeeper Brendan Kealy is a work colleague.

Since taking over as the Donegal minor manager last year, Bonner has come into contact with several former inter-county minor managers. He’s picked the brains of many of them.

Since last year’s earth-moving campaign when Bonner’s boys broke new ground for Donegal, the Na Rossa man was interested in hearing the views of those who’d walked in similar paths. Having gone unbeaten all year until Kerry broke their hearts in the All-Ireland final and after a year that saw them win the Ulster League and Championship double, taking the next step was always going to be challenging.

Bonner has just six members of last year’s squad back in harness this year; his dressing room is almost-entirely new.

Last weekend after they defeated Down in Ballybofey to qualify for Saturday’s League final against Derry (Healy Park, Omagh, 12noon), Bonner referenced his captain, Micheál Carroll, and vice-captain, Stephen McMenamin, as being ‘real leaders’. Also back from last year’s squad are Danny Rodgers, Gary McFadden, Ethan O’Donnell and Conor O’Donnell, all integral figures in the jigsaw he’s piecing together for the assault on the Championship.

The way those players have taken the lead has given Bonner real enthusiasm.

“I’ve been speaking to a lot of managers who have been successful with inter-county teams at minor level,” he says.

“One common thing that came back from most of them was that after having a good year, whether it was winning a provincial or an All-Ireland title, that players who were underage the following year didn’t become the leaders the following year. It became more difficult and the theme was that they thought they were further ahead.

“It didn’t take much work for us to have our men become leaders. Some of those men are natural-born leaders – and they definitely are leaders.

“We had to be careful too because we didn’t want a ‘them’ and ‘us’ scenario developing. It is all about the team and all about the squad – and there are others stepping up to the mark.”

Bonner, who managed the Donegal seniors from 1997-2000, got back involved at underage level, initially helping Paddy Hegarty with a South Donegal Development squad at under-15 level. After winning the Buncrana Cup at under-16 level and the Jim McGuigan Cup at under-17 level he took the step up to minor level.

“A lot of these lads have known nothing else but winning – from Under-16 into Under-17 and now hopefully at minor level,” he says.

“We do a lot of work on getting them focussed for every game and making sure they don’t get carried away with things. We have to play well and play with high intensity every single day we go out.”

A look through previously successful minor teams from Donegal suggests that the county hasn’t a particularly great record in translating that minor success onto senior level. Bonner has highlighted the importance of the under-17 grade in bridging the previously perilous gap from under-16 to minor grade and the 1992 All-Ireland winner is passionate about maintaining Donegal’s upward trajectory.

He says: “For too long, we have watched other teams and looked and what they’re doing. Why can’t Donegal lead the way? Let’s take the lead in Donegal and be the county everyone is aspiring to.

“We have had success lately, but the situation is not ideal. You have to keep progressing and moving forward. Players now are being looked after better than they’ve ever been. It can be better though – and it would be great to have all teams singing off the same hymn sheet.

“We used to have a huge fall off between under-16 and minor level because it wasn’t being monitored properly but we have addressed that. I think we should take that a step further now and look at bridging the gap between minor and under-21. It’s something that should be in place going forward.

“We’re getting there and we have good people involved. I think that there are other people out there who should be involved and who we should go out and pursue. We shouldn’t rest on our laurels.

“I think there should be consistency in how the Donegal teams play. Every age group here has talented players – for us, now, it should be about bringing these players along and looking at how best we can do that.

“We need a pathway from Under-15 level right through to senior level. Between minor and under-21 level, I feel that we need a development squad to keep some lads who won’t go straight to under-21s at a high level. You don’t want them training twice a week; you’d have them on programmes and monitor them on a monthly basis to keep them in the loop and to make sure that no player escapes the net.”