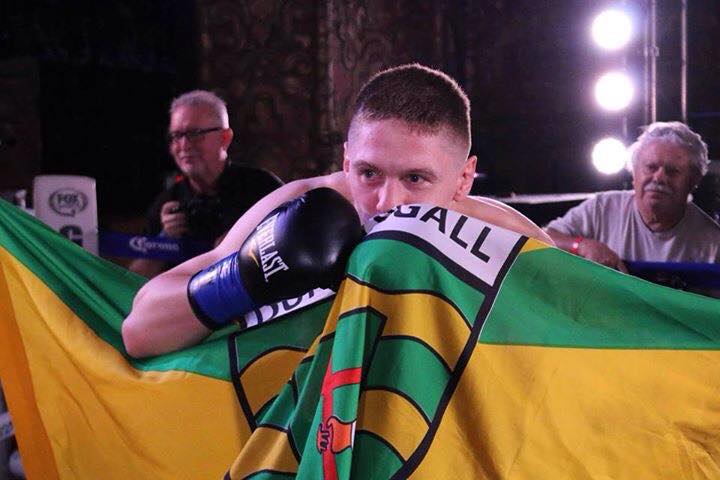 JASON Quigley has been given the swift return to action that he craved.

Following his quickfire demolition of Lanny Dardar last Friday night in Los Angeles, the Ballybofey man (4-0) will be back in action next week.

The 23-year-old middleweight will line up on the card at the Fantasy Springs Resort Casino in Indio, California, next Friday night, March 20.

The fight will be part of the Golden Boy Live! event and Quigley joins fellow Irish man Jamie ‘The Nuisance’ Kavanagh on the card.

Last week, Quigley recorded the fourth stoppage win of his pro career when he stunned Dardar at The Belasco Theatre. Quigley took just 94 seconds to put an end to the contest.

Dardar had been to the canvas twice previously when a sharp left from Quigley led to referee Tom Taylor stepping in with Dardar on the ropes.

Following his wins over Howard Reece, Fernando Najera and Greg McCoy in 2014, Quigley has moved to four out of four – but he had indicated in the wake of his triumph over Dardar that he wanted to get back to the ring.

“The quicker I can get out the better and the busier I am the better,” a delighted Quigley told the Donegal News from his Marina del Rey base.

Quigley has been inside the ring for just 14 minutes and 35 seconds as a pro boxer, although his sparring at The Rock Gym in Carson, out of which he trains, is world class.

Next week, Quigley will take his place on St Patrick’s week, on the same card as Dublin lightweight Kavanagh (17-1-1, 8 KOs).

Kavanagh’s opponent has yet to be named. Also promoted by Golden Boy Promotions, Kavanagh has been out of action since he defeated Michael Clark at the House of Blues in Boston last June.