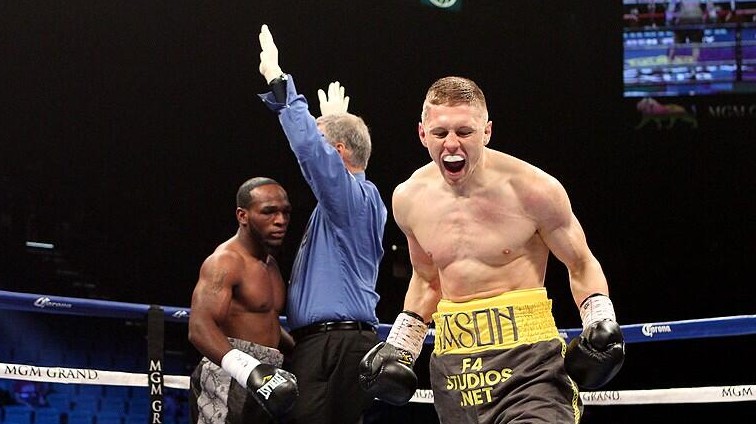 JASON Quigley returns to action on Friday night when he takes on Lanny Dardar in a six-round super middleweight contest at Los Angeles’s Belasco Theatre.

3-0 from his opening three professional fights in 2014, Quigley faces Dardar as part of the new LA Fight Club series hosted by Golden Boy Promotions, which will feature on Fox Sports.

The Ballybofey man has recorded inside-the-distance wins over Howard Reece, Fernando Najera and Greg McCoy and Dardar, a 27-year-old from Louisiana, is next up.

Dardar has the ultimate mixed bag of results from his six contests, winning two, losing two and drawing two. He made his pro debut back in November 2009 when he defeated Jesse Patin by way of a second round knockout.

He was out of action until last February when he drew with Farid Aghayev and Jonathan Cashmere with losses to Eric Johnson and Esquiva Falcao coming either side of a win against Anthony Madden.

Quigley defeated Reece after 82 seconds last July in Las Vegas, before Najera retired after the third round in Carson with McCoy put to the canvas inside the first round of their meeting in Plymourh, Massachusetts.

Living in Marina del Rey, Quigley trains out of The Rock Gym in Carson and is hoping to win a new band of followers in Los Angeles, given that Tinseltown is now ‘home’ for the Finn Valley ABC ace.

“Everything was a real blur at the start because it kind of felt as if I was on a holiday,” he said this week.

“LA is the capital of professional boxing. Every gym has world-class boxers. If I want to give it my absolute all and achieve the goals I’ve set this is the place for me.

“The guys across the ring are there to take my dreams away so, of course I’m going to give them bother.”

A three-time European gold medalist and a World bronze medalist as an amateur, Quigley was snapped up early last year by Golden Boy Promotions and he has also been aligned to Sheer Sports Management.

Quigley said: “Everything was good as an amateur but it’s always been my dream to be a professional world champion – and that’s why I’m here in LA.”

Quigley keeps a close eye on the top middleweights like Gennady Golovkin and another Irishman, Andy Lee, the current WBO middleweight champion.

He said: “There are a lot of tough guys out there in the middleweights. Look at Andy Lee, he stayed focussed and he bided his time. It took him a long time to get to where he is and a lot of people wrote him off. He’s going to be looking to keep his dream alive.

“These guys are where I want to be. They’re top guys and I want to get there.”

He goes in search of 4-0 on Friday night at a sold-out Belasco Theatre. Quigley was at the Fantasy Springs Casino on Friday night to see another Sheer Sports managed boxer, Éverton Lopes, make his pro debut as he defeated Evan Woolsey.