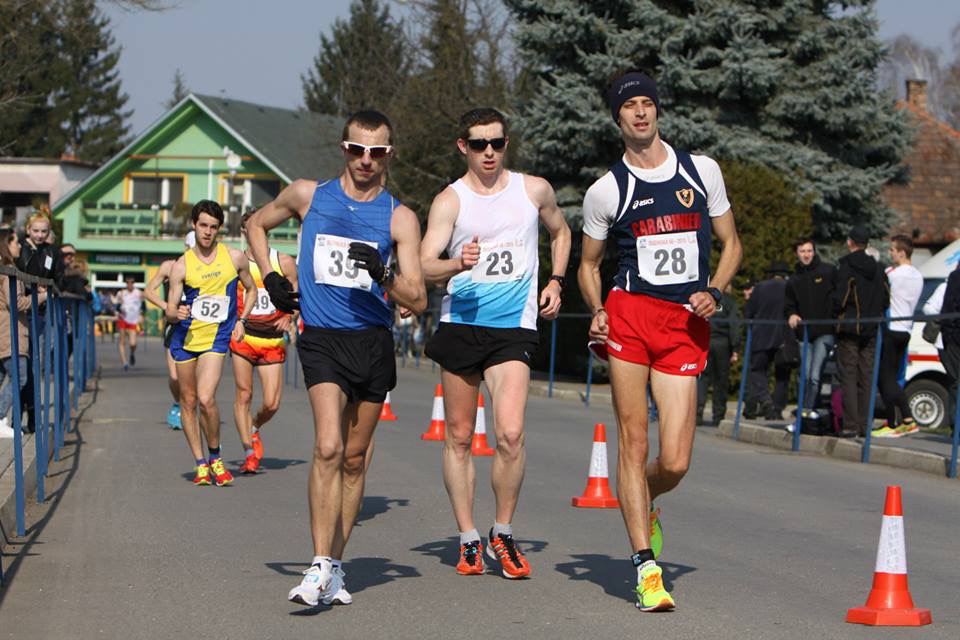 Brendan Boyce on his way to a fifth-placed finish at the IAAF Race Waking Challenge meeting in Dudince, Slovakia last weekend.

BRENDAN Boyce became the first Donegal athlete to qualify for the 2016 Olympic Games last weekend – despite an absence of significant funding and what he calls ‘the bare minimum’ of preparation.

The 28-year-old from Milford secured qualification in the 50k racewalk when he came home fifth at the IAAF Race Waking Challenge meeting in Slovakia last Saturday, setting a personal best time of 3:48.55 in the process, easily inside the qualification mark for the Olympics in Rio and this year’s World Championships in Beijing.

Boyce competed at the 2012 Olympic Games in London, finishing 29th in the 50k walk (his result has since been upgraded to 26th), but since the European Championships in Zurich it’s been far from plain sailing for the Letterkenny AC athlete.

“I’ve done everything on my own this year, which has been a big change,” Boyce, who is based in Cork, told the Donegal News.

“Since London, I’ve always had someone to push me along. I’ve had to invest more mental energy into the training. That’s why the outcome at the weekend was so positive – because of how the preparation was.

“I’ve done almost the bare minimum to put myself into a position where I can race and get the standard. I didn’t go to any camps this year, which is the first time that’s happened since 2010. I couldn’t afford to go so I stayed at home and changed my training to do hard sessions.”

Boyce receives €12,000 per annum from the Irish Sports Council, but he has no sponsorship outside of the Kingsley Hotel in Cork who provide their facilities, while he works closely with the Fitness Worx Gym in the city.

It means that he had to do without a winter training camp in Spain.

He said: “I just don’t have the funds at the minute. I have to prioritise the summer and if I have any money it’ll go to the 12-week preparation block before Beijing.

“It’s disappointing because I know I’ve been improving year-on-year. I did my first 50k in 2010 and I’ve done seven in total now. I’ve set p.bs every time. I know if I could get support over the next year and a bit I’d be competitive in Rio. Every year between Rio and Tokyo (2020 Olympics), I’d be looking to put myself in a position to win medals at Worlds or Europeans.”